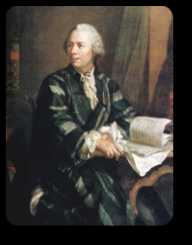 Many people around the world unanimously agree that Leonhard Euler was not only the greatest mathematician of the 18th Century but also the most prolific of all time. He is one of the rare mathematicians who is revered even by Physicists. Having developed many concepts that are part of modern mathematics, including graph theory and infinitesimal calculus, together with his contributions to several branches like analytic theory and topology, Euler was, indeed, a great scholar. He worked in trigonometry, geometry, algebra, number theory among others (almost all areas of mathematics).

Apart from his contributions to mathematics, Leonhard Euler is also known for his excellent work in fluid dynamics, mechanics, music theory and astronomy.

Leonhard Euler was born on April 15th, 1707 in Basel, Switzerland to Reverend Paul Euler, a pastor of the Reformed Church, and his wife Marguerite Brucker, a pastor’s daughter. He was the first child of his parents and had two sisters, Ann Maria and Maria Magdalena, and a brother, Johann Heinrich who also became a mathematician.

Shortly after his birth, his family moved to Reichen town where Leonhard Euler spent most of his childhood. He was later sent to stay with his maternal grandmother in Basel, and that is where he started his formal education. Because he was from a religious family, his father wanted him to study theology and become a rural clergyman. However, he showed an early propensity for mathematics which was quickly recognized by his teacher Johann Bernoulli.

Being his father’s friend, Johann was able to convince the father regarding his son’s career after which Leonhard Euler settled for a career in mathematics. By this time, he had received a masters in a master of philosophy (1723) from the University of Basel where he was enrolled earlier at the age of 13 (Theology, Greek, and Hebrew being his primary areas of study). It was during this time that he was also studying mathematics on Saturdays in the afternoon.

Having completed his studies, Leonhard Euler moved to Russia in 1727 where he first served in the Navy as a medical lieutenant until the year 1730 before joining the St. Petersburg Academy. Here, he first worked as a professor of physics and later as the head of mathematics division. Due to the continuing turmoil in Russia, Euler, having been invited to Berlin by Federick the Great, left St. Petersburg in June 1741.

In Berlin, Leonhard Euler worked as the mathematics director at the Berlin Academy, also taking various management roles in the newly created institution in the mid-1740s. He lived there for a total of 25 years during which he also wrote more than 380 articles. Some of the books he published include Mechanica (1936) his first book, Letters to a German Princess (Philosophy series) among other hundreds of papers and publications.

Leonhard Euler participated in Paris Academy Prize Problem competition for the first time in 1727 and emerged the second. This was an annual prize in which he later participated and won 12 times.

He was also elected a Foreign Honorary Member of the American Academy of Arts and Sciences in 1782.

Leonhard Euler has two numbers named after him, i.e., the Euler’s number, in calculus, and the Euler- Mascheroni constant.

Leonhard Euler married his wife, and the daughter of George Gsell, Katharina Gsell on 7th January 1734. The couple lived by the Neva River in a house they bought after marriage and were blessed with a total of 13 children. Unfortunately, all but five of their children died in their childhood.

Due to his cartography work, Euler suffered overexertion and fever which hampered his ability to see with his left eye and later developed a cataract in his right eye. After an operation, he failed to allow for proper recuperation, and as a result, he completely lost his sight in early the 1770s. The loss of his sight, however, did not affect him. Because his mind remained highly agile, he, with some assistance, continued his scientific work and even published scores of articles.

In 1766, Leonhard Euler was again invited and went back to St. Petersburg Academy. During this time, political stability had been restored in Russia. As part of the deal, he was offered a 3,000 ruble annual salary, high-ranking appointments for his sons and a pension for his wife. In 1773, his wife of 40 years, Katharina died, and three years later, he married Salome Abigail Gsell, his wife’s half-sister.

On 18th September 1783, Euler died of a brain hemorrhage just a few hours after he had lunch with his family and even held a discussion about the newly discovered planet Uranus with his friend Anders Johan Lexell. His body was buried next to Katharina’s in Goloday Island.