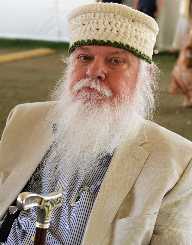 Leon Russell is one of the respected musicians in the US. Russell made his mark in by combining different genres of music in his recordings. He was a multi-instrumentalist, songwriter, singer, and producer.

On April 2, 1942, Leon Russell was born in Lawton, Oklahoma. His parents named him Claude Russell Bridges. He went to Will Rodgers High School. Russell was a gifted musician. He was playing the piano at the tender age of five.

In 1956, Leon Russell was a performing artist in nightclubs. He was fourteen years of age. Legally he was still a minor. To cover up for his age, he used to borrow his friend's identification card. His friend's name was Leon. Russell became Leon Russell to nightclub owners in Tulsa, Oklahoma.

Leon Russell formed his band while in high school. The group consisting of his classmates was called The Starlighters. After graduating, Russell and his band went on a tour with musician Jerry Lee Lewis. The two-month tour gave The Starlighters good publicity. Russell then moved to Los Angeles in 1958.

He worked as a backup musician for live performances and studio recordings. Leon Russell also worked with the Wall of Sound Orchestra. The following year, he got accepted into the Wrecking Crew. This was a group of the most sought after bands in the industry.

Leon Russell decided to settle in Los Angeles in the 1960s. He did many recordings with several musicians in the US. His style consisted of different genres of music. Russell did songs in pop, country, rhythm and blues, Tulsa sound, gospel, blues among others. Apart from singing, Russell was a good instrumentalist.

This diversity gave him an opportunity to play for many musicians. Some of the great names who featured him are Herb Alpert, Frank Sinatra, The Rolling Stones, the Beatles, Eric Clapton among others.

In 1965, Leon Russell went solo. His first song was Everybody’s Talking ‘Bout the Young. He released his first album three years later in 1969. It was titled Leon Russell and the Shelter People. The album contained the song A Song for You. This song went to be reproduced by several artists.

In 1993, Ray Charles won a Grammy Award for his rendition of the song. In 1972, Russell released his second album titled Carney. Some of the songs contained were Tight Rope and The Masquerade.

The song The Masquerade was also done again by other musicians. George Benson won a Grammy Award with The Masquerade version in 1977. In 1979, he recorded another album One for The Road. This album contained the song Heartbreak Hotel, which got a Grammy nomination.

Leon Russell went on to do numerous albums in different musical genres during the 1980s and 1990s. Solid State was country blues genre album released in 1984.

The album Anything Can Happen was recorded in 1992. Russell founded his recording studio Leon Russell Records in 1995. His notable recording was his country music album Hank Wilson’s Back in 1998.

In the 2000s, he made several tours and performances. He blended rhythm and blues with bluegrass genres to record an album. The album was titled Rhythm & Bluegrass: Hank Wilson Volume 4. This was in 2001.

He also released a compilation of his previous productions. Russell was to star again in the limelight with Sir Elton John. In 2010, the duo released the album The Union. One of its songs got a Grammy nomination in 2010. Being well advanced in years, Russell continued with the musical tours all over the US.

Leon Russell had a daughter out of wedlock with Carla McHenry. Blue as she popularly known was called Blue Eagle at birth. She was born February 20, 1972. On June 20, 1975, Russell married Mary McCreary. Five years later in 1980, the couple divorced.

They had a daughter Tina Rose, and son Teddy Jack. Russell married his second wife Janet Constantine on February 6, 1983. The couple had three daughters namely Noel, Honey and Coco.

Leon Russell died on November 13, 2016. He died in his sleep. His influence as a songwriter, singer, producer and instrumentalist was immense. He got numerous Grammy nominations. Other musicians got Grammy accolades for doing a cover version of his songs. His adaptability saw him do recordings with diverse styles in his over 60 years.