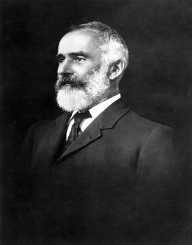 When Lawrence Hargrave was fifteen, his father sent one of his brothers from Australia to escort him to that country. They sailed on the La Hogue and arrived in Sydney, New South Wales on the 5 November 1865. During his early days in Australia, he sailed around the Cape York Peninsula and the islands of the Torres Strait, eventually circumnavigating the Australian continent.

Hargrave initially wanted to study law but did not pass his matriculation exams so, in 1867, he took up an apprenticeship at the Australasian Steam Navigation Company. He spent five years doing his learning. Studies included a design which would later be useful when he started his inventions.

After his apprenticeship had ended Hargrave joined the New Guinea Prospecting Association and on the 25 January 1872, he left for New Guinea on the brig Maria. The Maria was wrecked on Bramble Reef, and although many lives were lost, Hargrave survived. He went on various other voyages of exploration in around Australasia and in July 1877 became an elected member of the Royal Society of New South Wales.

Between January 1879 and 1884 Hargraves work at the Sydney Observatory with H.C. Russell where he assisted with various calculations and the design of the equipment. He was there to observe the transit of Mercury in 1881 and the brilliant sunsets caused by the eruption of Krakatoa in Indonesia 1883.

Hargraves presented his first report on experiments relating to flying machines to the Royal Society in August 1884. Hargraves inherited money when his father died in 1885, and he gave up paid employment to concentrate on his inventions, settling at Stanwell Park north of Sydney. By 1887 he was working on the idea of the machine substantial enough to carry a person, and in 1889, he produced his first invention: a compressed air engine powered by three rotating cylinders. His next design was the box kite in 1892.

Hargrave experimented with flight in November 1894 at Stanwell Park and managed to lift himself while held to the ground with piano wire. Throughout the 1890s he worked on various engines but never managed to fulfill his dream of building an engine capable of flight. Hargrave remained interested in flying and was still experimenting when the Wright Brothers flight took place in 1903. He became vice-president of Aerial League of Australia’s New South Wales Branch in 1909.

Hargrave married Margaret Preston in September 1878, and the couple had six children. Five girls and a son. Their son died at Gallipoli in May 1915, and Hargraves died two months later after an operation on his appendix.

Hargraves models are held by the Museum of Applied Arts and Sciences in Sydney New South Wales. His image appeared on the Australian twenty dollar bill between 1966 and 1994 showing his profile and his box-kites. Two Australian universities commemorate Hargrave: Sydney University with The Lawrence Hargrave Professor of Aeronautical Engineering and Monash University with the Hargrave-Andrew Engineering and Sciences Library.

Qantas named an A380 Airbus, VH-OQE after Hargrave and in 1994, a centenary celebration was held to make Hargrave’s man lift at Stanwell Park, New South Wales.