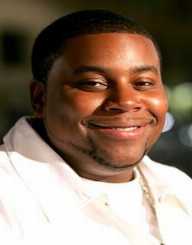 Kenan Thompson is an American actor and comedian best known as a cast of NBC’s Saturday Night Live. Born on May 10, 1978, he has been on the show since 2003 becoming the longest-tenured cast member in the history of the show. Thompson started acting as a teenager and has appeared in the Nickelodeon sketch comedy series All That, the sitcom Kenan &Kel and The Mighty Ducks Fat Albert.

Kenan Thompson was born to Fletcher and Elizabeth Ann Thompson on May 10, 1978, in Atlanta, Georgia. Growing up his mother encouraged him to take up acting and therefore enrolled in acting classes. He received education at the Tri-Cities High School in East Point, Georgia. At the age of 15, Kenan Thompson started acting by playing a role in the school play Gingerbread Duck.

Kenan Thompson later became a film reviewer for Turner Broadcasting Station. Auditioning for The Youth Ensemble of Atlanta, he had a role in the film D2: The Mighty Duck, 1994. Thompson later that year had a role in the Nickelodeon show All That. This paved the way for him and All That co-star Kel Mitchell to star in Kenan and Kel and play that role until it ended in the fourth season. The role earned him a Kid’s Choice Award in 1998.

Kenan Thompson played several roles in his teenage and became popular in Nickelodeon. Some of his early films include Good Burger, 1997 as Dexter Reed, My Boss’s Daughter among others. He has also played supporting roles in movies like D2: The Mighty Duck, D3: The Mighty Ducks, Barbershop 2: Back in Business, Love Don’t Cost a Thing and Snakes on a Plane. From 1996 to 1998 he had a recurring role as Junior in the television show The Steve Harvey Show. Thompson has a voice-acting role as Sue Sezno in the Fox cartoon series, Sit Down, Shut Up in 2009. He has appeared in several other television shows and films. He has collaborated with co-actor of Kell Mitchell in many of his shows.

Kenan Thompson has been on the show for 15 seasons becoming the longest-tenured cast member of Saturday Night Live history. This record was held by Darrel Hammond who cast for 14 seasons. Thompson is also the African-American cast member. Tim Meadows previously held that record for appearing in 10 seasons. After the departure of Seth Meyers, he became the most senior member in the 2013-2014 season.

Kenan Thompson married model Christina Evangeline in 2011 at the Georgia Aquarium in Atlanta. The couple has a daughter and spends time between Los Angeles and New York. Thompson has plans of starting his own production company shortly.