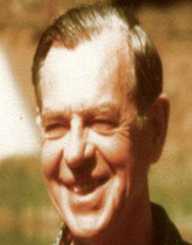 American academic and writer Joseph Campbell was born Joseph John Campbell on the 26 March 1904 in White Plains, New York. His parents were Josephine and Charles Campbell, who were a middle-class couple and practising Roman Catholics.

When he was seven years old, he was taken to see Buffalo Bill’s Wild West show and later he wrote that the show was a defining event in his life. He became obsessed and fascinated by the Native Americans tribes. By the age of ten, he had read every child’s book on Native American culture that he could find. He was then allowed access to the adult library where he discovered Reports of the Bureau of American Ethnology.

Joseph Campbell also visited the American Museum of Natural History where he was able to view masks, totem poles, and other artifacts. He had a happy childhood until l 1919 when in high school, the family home was destroyed by a fire which destroyed all their possessions and killed his grandmother.

In his early teens, Joseph Campbell attended Iona, a private school in Westchester, New York. He then studied at a Catholic boarding school, Canterbury, in New Milford, Conneticutt. After graduating from Canterbury (1921), Campbell attended Dartmouth College. The college did not suit him, and he transferred to Columbia University. He did well at university and also participated in athletics and joined a jazz band.

He obtained a B.A. from Columbia (1925) and went on to do an M.A. in Arthurian Studies (1927). After winning a Proudfit Travelling Fellowship, Campbell went to Europe where he studied at the University of Paris in France (1927-1928). After the renewal of his Proudfit Traveling Fellowship, he studied at the University of Munich in Germany (1928-1929).

A practising Catholic into his twenties, Joseph Campbell said that the dynamics shaped his worldview between rituals and symbols of Catholicism and his deep interest in Native American culture. When he was studying in Europe, Campbell had the opportunity to meet many of the famous modernist masters of the day including Pablo Picasso, James Joyce, Thomas Mann, Sigmund Freud, and Carl Jung. Around this time he began formulating his ideas concerning myths being the creative products of the human psyche and that mythologies are manifestations of humankind’s need to explain spiritual, cosmological, psychological and social realities.

Campbell returned to the United States in August 1929 at the beginning of the Great Depression. He was unable to find work and spent the time reading and writing in his journal. In 1931, he undertook a cross-country journey to explore the soul of America. He studied Russian in Los Angeles until January 1932 then moved to Pacific Grove, California where he spent time with the writer John Steinbeck and marine biologist Ed Ricketts.

At the same time, Joseph Campbell was applying to over 70 universities and colleges for work but had no success. He was then offered a teaching position at Canterbury School on the East Coast. He spent a year as a housemaster and during that time, he had his first story published, Strictly Platonic in Liberty magazine. In 1933, he moved to a cottage in Woodstock, New York where he spent a year focusing on research and writing.

Joseph Campbell was then offered a position at Sarah Lawrence College in the literature department, and for the next thirty-eight years, he remained at the college. While teaching, he also began working on a translation of The Gospel of Sri Ramakrishna (1942),  He contributed an introduction and commentary to Where the Two Came to their Father: A Navaho War Ceremonial. When Zimmer died in 1943, Campbell was asked by his widow Christina and Mary Mellon to manage the publication of Zimmer’s unpublished works.

Using Zimmer's extensive notes and research, he published Myths and Symbols in Indian Art and Civilization(1946), The King and the Corpse(1948), Philosophies of India  (1951), and The Art of Indian Asia (1955). He also wrote a commentary to Grimm’s Fairy Tales (1944) and with Henry Morton Robinson, wrote A Skeleton Key to Finnegan’s Wake (1944), a study of the complex James Joyce novel. His first full-length book The Hero with a Thousand Faces (1949) was met with wide acclaim and awards.

Joseph Campbell went on to write numerous books and articles including The Masks of God: Prmitive Mythology (1959), Oriential Mythology (1962), Creative Mythology (1968), Myths to Live By (1972) and The Inner Reaches of Outer Space: Metaphor as Myth and as Religion (1986). Works he edited include The Portable Arabian Nights (1952), the Man and Myth series (1953-1954) and The Portable Jung (1972). He was also a public speaker and lecturer.