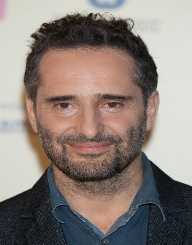 Jorge Drexler was born on September 21, 1964. He is an Uruguayan singer and songwriter. He developed an interest in music from a young age. He began playing piano and decided to take up formal piano lessons. He abandoned a career in medicine for a career in music.

Jorge Drexler was born on September 21, 1964, in Montevideo in Uruguay. His father was a refugee as he fled to Uruguay due to the Holocaust. His mother, on the other hand, was a Christian. He was raised Jewish. He started playing the piano when he was five years old. He took piano lessons, guitar and composition classes. He went to medical school and became an otolaryngologist. He became a doctor just because her parents wanted him to be one.

Jorge Drexler later joined the label ‘Dro Atlantic’ with whom he produced his sixth album titled ‘Eco’ in the year 2004. The song ‘Al Otro Lado del Rio’ which was one of the songs in the album featured in the movie ‘The Motorcycle Diaries.’ In 2006, he released his work ’12 Segundos De Oscuridad’ which had two covers. In 2008, he produced a live compilation album titled ‘Cara B.’ In 2010, he released the album ‘Amar la Trama.’ In the following two years, he went out on tours. In 2013, he composed the album titled ‘Bailar en la Cueva.’ The album was released in 2014.

In 2004, his song ‘Al Otro Lado del Rio’ won the Oscar for Best Original Song after it was featured in the film ‘The Motorcycle Diaries.’ In 2014, he won the Latin Grammy Awards for the categories Record of the Year and Best Singer-Songwriter Album for ‘Bailar en la Cueva.’

Jorge Drexler married Ana Laan who he divorced in 2005. He is currently in a relationship with Spanish celebrity Lenor Watling with whom he has a child called Luca. Luca was born in 2009. In 2010, he released the album ‘Amar La Trama’ which was recorded in only four days.