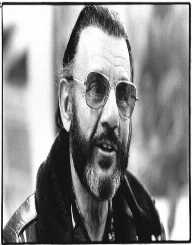 John Veliotes was born on December 28, 1921, in Vallejo, California, USA. He later started to use the stage name, Johnny Otis, which is the name that he is best known for now. His parents were Irene and Alexander Veliotes. His siblings were Dorothy and Nicholas Veliotes.

Johnny Otis first began playing music when he was a teenager, and it wasn’t long after which that he dropped out of high school to pursue a career in music full time. He soon joined a band with his friend Otis Matthews called the West Oakland House Rockers. He performed in California throughout the late 1930’s.

In the 1940’s, Johnny Otis began playing in big bangs and swing orchestras, which were large bands that played blues and swing music, rather than classical tunes. One of these bands was the Serenaders. In the mid-1940’s, he formed a big band of his own. Many soon-to-be-famous musicians were original members of the band included Charles Brown and Bardu Ali.

The band often traveled, adding and dropping members over time. One of the most famous singers that eventually joined the band was Esther Jones, also known as Little Esther. With these members and many others, Otis and his band toured throughout the United States throughout the 1950’s.

In the 1950’s, Johnny Otis focused less on large bands and more on producing his music and producing the music of others. Some of the famous singers that he helped to make famous included Etta James and Big Mama Thornton.

When Johnny Otis worked with other musicians, he would often play various instruments in the background of songs so she could be more involved in the music-making process. In the mid-1950’s, Otis started his own record company, which he called Ultra Records.

However, the name of the company was later changed to Dig. Soon after, he formed a new band, called the Johnny Otis Show. In the last few years of the 1950’s, he continued to produce his music and the music of many clients.

During the 1960’s, Johnny Otis continued to focus on producing music, more than anything else. However, he did not only work with his own record company. Johnny Otis also worked with King Records and Columbia Records to produce some of his music, including his album Cold Shot! He also produced several compilation albums during this decade.

In the 1970’s, Johnny Otis worked on expanding his brand. He created a new record company called Blues Spectrum. With his company, he continued to produce his music and music for several clients. However, during this decade, he did not tour with his band much, as he was busy with producing music.

During the 1980’s, Johnny Otis continued to produce his music, but it was also in this decade that he began to make his music a family affair as he began to record with his sons. Alone and with his family, Otis produced several blues albums. During this decade, he also started to host a Los Angeles radio show.

Even though he was quite elderly by the 1990’s, he resumed touring with a band in both the United States and in Europe. He also played at several blues festivals.

In the 2000’s, Johnny Otis focused primarily on his radio show. It was around this time that he started to live a quieter life. During his decades-long career, Otis produced many of his songs. Some of his most famous singles are listed below.

Johnny Otis’s awards and accomplishments are listed below.

Rhythm and Blues Foundation Pioneer Award
Johnny Otis has been inducted into the Blues Hall of Fame and the Rock and Roll Hall of Fame.

Johnny Otis married his wife, Phyllis Walker, in 1941. Together, this couple had four children Shuggie, Nicholas, Janice, and Laura. Both of their sons also grew up to be a blues singer.