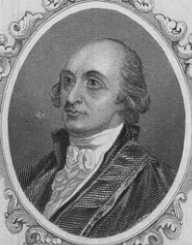 John Jay was also a qualified lawyer, and that is the reason he became the first Chief Justice of the United States. He was born in a wealthy family, and so he lived a life free from financial struggles. He highly supported the separation of America from Britain. He also advocated for the abolition of slave trade. He died on May 17, 1829.

John Jay was born on December 12, 1745, in New York City, New York, British America. He was born to Peter Jay and Mary Van Cortlandt. He was brought up alongside nine siblings. Jay came from a wealthy family as his family was comprised of merchants who were successful in New York.

John’s father was a wealthy trader of wheat and timber and other commodities. He was homeschooled by his mother until he was eight. He later attended New Rochelle where he studies under Anglican Priest Pierre Stoupe. He stayed in New Rochelle for three years before returning home where his mother continued to homeschool him.

In 1760, John Jay joined King’s College. As a student, his interest in politics grew, and he became a committed and staunch Whig. In 1764, he graduated with Highest Honors from King’s College.

In 1771, John Jay established his legal practice as he was a qualified lawyer. He later became the secretary of the New York Committee of Correspondence. In 1774, he was a delegate at the First Continental Congress where he did not support the separation of the Americans from the British.

The American Revolution broke later on, and he played a role in suppressing the loyalists. With time he came to acknowledge that America’s independence from the British was certain to happen. He was therefore fully involved in the revolution hence becoming an American patriot. In 1776, America became an independent nation from the British Colonial Rule.

In 1777, Jay drafted the constitution of New York. In the same year, he became active in the anti-slavery movement even though he was once a slaveholder. In 1785, he founded the New York Manumission Society to promote the abolition of slavery. On May 1777, he was elected the Chief Justice of the New York Supreme Court of Judicature. He held the position of Chief Justice for two years.

1n 1779, he was appointed Minister of Spain to help in recognition of the American independence from Spain among other functions. In 1782, he left Spain after the Royal Court of Spain refused to acknowledge America’s independence. He then traveled to Paris as a negotiator to end the American Revolutionary War. In 1783, the Treaty of Paris was signed after the negotiations were successful.

In 1784, he was appointed as the second Secretary of Foreign Affairs. He held the post up to 1789. In 1789, he was appointed by President George Washington as the Chief Justice of the United States. In 1790, he was elected a Fellow of the American Academy of Arts and Sciences.

In 1794, he was sent to Great Britain to negotiate a treaty that would solve the issues arising between the two countries. The treaty was titled the Jay Treaty even though it was controversial it was accepted by the Washington administration.

In 1795, he returned to the United States and found out that he had been elected the Governor of New York without his knowledge. He served for two years as governor and retired from politics in 1801.

In 1814, John Jay was elected as a member of the American Antiquarian Society.

In 1774, John Jay married Sarah Van Brugh Livingston with whom he had three children, Peter Jay, William Jay and Sara Jay. He also took care of his disabled siblings. He died on May 17, 1829, in Bedford, New York. He was eighty-three years old when he died.