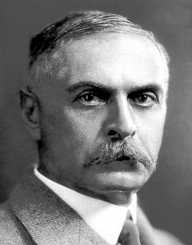 Sir John James Rickard Macleod rose to fame as a biochemist and physiologist, all thanks to his early discovery of a pancreatic hormone called insulin. In partnership with Frederick Banting, they garnered a Nobel Prize in Medicine in 1923.At his tender age; John loved everything that dealt with science and the study of physiology. Before fame, he started off as an exhibitor at London Hospital Medical School. There is no point in life that James came to rest. Aiming higher was his next of kin. This is what paved the way for more discoveries and experiments. Hailing as a scientific wizard, John’s career started even before his first discovery.

He first started to study and research a decompression disease called caisson. In the middle of his discovery, he founded more about the breakdown process of carbohydrates. Without further ado, he opted to concentrate on the latter. Scroll further to find out more about his early and subsequent achievements.

On 6th, September 1876 a couple called Robert Macleod and Jane McWalter were blessed with their second born son in Clunie, Perthshire, Scotland. He was none other than John James Rickard Macleod whose father served as a clergyman. It was after his birth that his family went to live in Aberdeen, Scotland due to his father’s early transfer.
After a short pause of settling down, James went to Aberdeen Grammar School and later to Mariscal College. He then joined the University of Aberdeen where he majored in medicine. He fathomed tremendously in academics as well as sports activities.

It was in 1898 that John Macleod earned his doctorate in medicine followed by a doctorate at the University of Leipzig, Germany. After some time, he published his first thesis in the 1890s in Germany.

Early in the 1900s, John Macleod planned to return to Britain where he landed a demonstrating job in physiology at London Hospital Medical School. He worked under Sir Leonard Hill. For one year, James partnered with Hill to study the caisson sickness. It is a kind of disease that seemed to have affected people who worked under intense atmospheric pressure.

As a duo, they concluded that caisson disease was caused by bubbly water that was merely found in blood tissues. To prove this, his article was published in 1903 which in turn received high acclaims.

In 1902, John Macleod was selected to chair the London Hospital Medical School. It was also the same year that he received his doctorate in public health from the University of Cambridge. He also earned a studentship at McKinnon research in Medicine. The following years, James traveled to the USA where he was appointed as the leading lecturer in physiology at Western Reserve University. While there, he continued with his previous research. In the long run, he came to discover another study that dealt with carbohydrate metabolism.

In the mid of 1906, John Macleod published a dissertation called Physiology and Biochemistry in Modern Medicine. He followed it up with another thesis called Methods of Study of Early Diabetes. With his profound interest in the study and investigation of diabetes, John met Frederick Banting, a physician. The two opted to come up with their discoveries.

As time passed Banting and Rickard came up with a profound discovery where they studied a pancreatic hormone named as insulin. At first, their test failed, and in 1922 it was successfully passed by a clinical officer in Toronto. It was mentioned as one of the incredible discoveries since there was a direct cure for diabetes. Here, insulin proved to be the best supplement for diabetes treatment. According to their research, it was proved that insulin prevented the spread of the said disease that often leads to coma.

For a year, John Macleod went to serve as the official secretary of the University of Toronto under an Insulin Committee. He also took the time to coordinate the invention of insulin in the U.S.In 1926 he authored a book titled Carbohydrate Metabolism and Insulin where he later traveled to Scotland in 1928.While there James worked as the Professor of Physiology.

From 1929 to 1933 John Macleod got a seat at the Dean of the University of Aberdeen Medical Faculty. He also teamed up with Medical Research Council. At the end of his career, Rickard came up with a new project called The Fuel of Life that focused on diabetic studies. In 1933 he traveled to the US where he published his seventh book called Physiology and Biochemistry in Modern Medicine.

In 1919 John Macleod was appointed as the member of the Royal Society of Canada followed by the Royal Society of London and Edinburgh. It was also the same year that Academia Medical and Medical Surgical Society recognized him. From 1921 to 1923 John received a wide array of recognition and awards including the Nobel Prize in Physiology as well as being appointed as the President of Royal Canadian Institute.

John Macleod tied a nuptial knot with Mary W. McWalter. The couple didn’t have a child or children of their own. In 1930s James’s health started to deteriorate due to acute arthritis. As a result, he went to receive treatment at a local nursing home. Sad to say, he breathed his last on 16th, March 1935 in Aberdeen. He was honored in the Canadian Medical Hall of Fame in 2012.