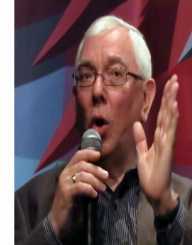 John Eliot Sturges was an American film director born on January 3rd, 1910. Among his best work was The Magnificent Seven in 1960. Some of his other works include Bad Day at Black Rock in 1950. He also directed Gunfight at the O.K. Corral in 1957 and Ice Station Zebra (1968). Growing up, Sturges lived in some towns following the constant relocation of his family. He was raised b his mother after she divorced her alcoholic father. He was only a five years old boy at the time.

John Eliot Sturges was born on January 3rd, 1910. His place of birth was in Oak Park, Illinois in the United States. He was the second born son of Grace Sturges and Reginald Carne. His father earned a living as a banker and real estate developer. His family moved to Southern California When Sturges was only two years old.

Unfortunately, his father later turned out to be a great alcoholic when Sturges was 5. This was the beginning of trouble for the family. His mother could no longer stand his domestic issues. Hence they divorced. She then moved with her children to Santa Monica where they lived in a small house. They were faced with financial challenges, but Sturges was not held back by this situation. He maximized his time growing up riding ostriches and other outdoor activities.

In 1923, Sturges family moved again to Berkeley, California. This is where he joined the Berkeley High School. He later joined the Marin Junior College on a football scholarship. He specialized in science. Afterward, he studied engineering at Santa Monica City College.

By 1930, John Sturges had already begun working. He did odd jobs while he was still studying to support himself financially.  After his graduation, he joined the RKO Studios as an assistant director in 1932. He was later promoted as the color consultant of the company.

In 1939, John Sturges worked on the film Gunga Din as second unit director. His career as a film director was yet to kick off. The adventure film turned out to be a great success.

He later worked on director Garson Kanin’s films as the prime editor. The films included 1940 They Knew What They Wanted and the 1941 Tom, Dick, and Harry.

During World War II, he was the captain of the U.S. Army. During this time, he directed over 40 documentary films. The documentary that stood out most was the 1945 Thunderbolt. He was awarded a Bronze Star for Thunderbolt.

He later joined Hollywood with Alias Mr. Twilight of 1946 as one of the first films he directed. Since then he directed many other successful films.

The year 1955 marked a turning point for Sturges’ career. He directed Bad Day at Black Rock, a classic thriller which became a great hit. The film was nominated for 3 Academy Awards. Among the nominations was that of best director. It turned out to be the only nomination he ever received throughout his career.

John Eliot Sturges took his last breath on August 18th, 1992 after he suffered a heart attack. He died in San Luis Obispo situated in California. He was 82 years old at the time of his death.