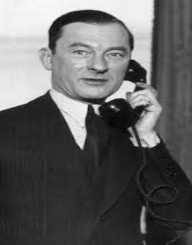 James John Walker was born in New York City on June 19, 1881. His father was William H. Walker, a business owner who was quite active in local politics. He was not a very good student, and he dropped out of college. In 1904, he earned his degree from the New York Law School.

After graduation, Jimmy Walker spent a few years as a part of the music industry. He worked as a songwriter. He decided to get involved in politics in 1909. From 1910 to 1914, he was a member of the New York State Assembly. During this time, he also managed to pass the bar exam. From 1915 to 1925, he was part of the New York State Senate. There, he held the positions of Minority Leader and Temporary President.

Walker’s time in the State Senate ended in 1925. So, he decided to run for mayor of New York City in the 1926 elections. He was one of the candidates of the Democratic Party. He easily managed to defeat his opponents. He was especially liked by the voters of the working class. He was known for his flamboyance and his opposition to the Prohibition.

Walker stepped into office in 1926. His first big project was the creation of the Department of Sanitation. He also expanded the Subway System. Because he was against the Prohibition, he encouraged police officers not to follow the laws against drinking. All of this caused him to gain the trust of the citizens. He was re-elected in 1929 with a very high margin against his opponents.

In 1929, the Wall Street stock market crashed and marked the beginning of the Great Depression. Some notable people pointed to Walker as one of the culprits of the event, mostly because of his immorality. An investigation began for the corruption in his administration. He ultimately admitted to taking bribes from businessmen who needed contracts and permits. Governor and future U. S. President Franklin D. Roosevelt made the final decision to remove Walker from his job as mayor.

Jimmy Walker's first wife was called Janet. He publicly cheated on her with different showgirls. He divorced her, and he married the showgirl Betty Compton.

After losing his job, Jimmy Walker spent some time travelling in Europe. He then returned to the United States, and he became the head of a record label company, called Majestic Records.

Walker suffered from a brain bleed and died on November 18, 1946. He was buried in Hawthorne, New York, at the Gate of Heaven Cemetery.

In 1949, writer Gene Fowler wrote a biography, called Beau James. The book led to a film adaptation in 1957 and a stage adaptation in 1969. Walker was also referenced in the film Zelig, the TV show Castle and the novel, Blood Money.

Walker was one of the main supporters of the legalization of boxing. Because of that, he earned a place in the International Boxing Hall of Fame. He also received the Edward J. Neil Trophy.