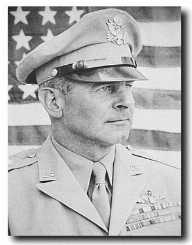 Jimmy Doolittle was born James Harold Doolittle on 14 December 1896 in Alameda, California. He was a former American aviator and army general who returned to active duty in the Army Air Forces following the outbreak of World War II.

Jimmy Doolittle was raised in Nome, Alaska where he got the reputation as a boxer. His parents were Frank Henry Doolittle and Rosa Cerenah Shephard. He went to Los Angeles City College after graduating from Manual Arts High School in Los Angeles. He was later admitted to the University of California, Beverley where he studied in The School of Mines for one year.

Jimmy Doolittle worked at Camp Dick, Texas, Ohio, Wright Field, Gerstner Field and Los Angeles before going back to Rockwell Field. At Rockwell, he served primarily as the flight leader and gunnery instructor. He went for duty at Kelly Field, Texas with the 104th Aero Squadron before going on a border patrol duty at Eagle Pass, Texas with the 90th Squadron.

Doolittle qualified by examination and was promoted to First Lieutenant, Air Service on July 1, 1920. In 1922, he got an accolade from the military for performing what was viewed as a “Transcontinental flight.” He flew a DH-4, fit with new navigational equipment from Pablo Beach to San Diego in 21 hours and 19 minutes making only one refueling stop at Kelly Field. Subsequently, he was given the Distinguished Flying Cross for achieving this feat.

Jimmy Doolittle entered Massachusetts Institute of Technology in March 1924. He enrolled for special engineering course and graduated the following year with a Master of Science degree. He earned his doctor of science degree in Aeronautics a year later. He conducted aircraft acceleration tests in March 1924 at McCook Field.

He went to the Naval Air Station in Washington DC the following year for special training in flying high-speed seaplanes. In April 1926, Doolittle went to South America on airplane demonstration flights. While in Chile, he managed to put his Curtiss P-1 through stirring aerial maneuvers despite breaking both ankles before the event.

Jimmy Doolittle was taken to Walter Reed Hospital when he returned to the United States, and he stayed there until April 1927. After the discharge, he was assigned to McCook Field to conduct experimental work. He was also given another responsibility as an instructor with Organized Reserves of the Fifth Corps Area’s 385th Bomb Squadron.

In January 1930, the Army sought his advice on the building of the Floyd Bennett Airport in New York. The Aviation Department of the Shell Oil Company named him their manager the same year. He carried out many aviation tests during his time in the company.

He became a member of the Army Board to study Air Corps organization in 1934 before he was transferred to the Air Corps reserve a year later. He became president of the Institute of Aeronautical Science in 1940 and returned to active duty the same year.

In 1942, Jimmy Doolittle was promoted to lieutenant colonel and went to Army Air Force Headquarters to organize the first aerial attack on Japan. He volunteered to lead the attack of 16 B-25 medium bombers from the aircraft carrier Hornet. The targets included Tokyo, Osaka, Kobe, and Nagoya. The flyers had to bail out after the attack and some of Doolittle’s colleagues lost their lives during this mission.

He was promoted to two grades after this attack and became a brigadier general. He was assigned to the 8th air force. He rose to higher ranks when he was named the major general in November 1942 before becoming the commanding general of the North African Strategic Air Forces in 1943.

Jimmy Doolittle took charge of the 15th Air Force in the Mediterranean Theater in November 1943. The period between January 1944 and September 1945 saw him command the 8th Air Force in Europe and Pacific as a lieutenant general. He reverted to inactive reserve status a year after the war had ended and went back to Shell Oil as a vice president and later director.

He was named a special assistant to the Air Force chief of staff in 1951. During this period; he served as a civilian, offering assistance on scientific matters. This led to space programs and Air Force ballistic missile. On April 28, 1959, he retired from Air Force Duty. As a devoted patriot to his country, he continued serving as chairman of the board of Space Technology Laboratories.

The United States Congress advanced him to full general on the Air Force retired list on April 4, 1985. President Reagan and Senator Goldwater pinned on his four-star insignia following his retirement.

Jimmy Doolittle married Josephine .E. Daniels on December 24, 1917. They had two sons, James Jr. and John and like their father, they also became military officers and pilots. James Jr. served as a pilot in the United States Army Air Forces before committing suicide in 1958 at the age of 38 years. John, on the other hand, retired from the Air Force as Colonel.

While serving at the Naval Air Station in Washington DC, Jimmy Doolittle won the Schneider Cup Race, taking an average speed of 232 miles per hour. This competition was the World’s Series of seaplane racing. In 1928, he helped in the development of fog flying equipment. He was working at Mitchel Field at the time. The development of gyroscopes is also attributed to him.

He set the world’s high- speed record for land planes in 1932 when he won the Bendix Trophy Race. On April 18, 1942, he commanded a bombing mission in Japan which boosted the morale of the United States during the Second World War. This was later called the Doolittle Raid. President Franklin D. Roosevelt gave him the Medal of Honor for the presumed good job Japan.

Jimmy Doolittle received several awards and honors following his services in the United States Air Force. He was awarded the Medal of Honor for planning and leading the Tokyo raid. In addition to this medal, he received the Presidential Medal of Freedom. Other significant honors include the Honorary Naval Aviator Bridge, the United States Air Force Command Pilot Badge and the Distinguished Flying Cross.

Jimmy Doolittle died on September 27, 1993, in Pebble Beach, California aged 96 years. He was buried at Arlington National Cemetery in Virginia next to his wife who had died five years earlier. He was indeed a legendary figure in aviation.