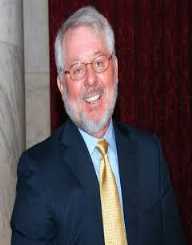 Jeffrey Stephen Wigand was born on 17th December 1942 in New York City, New York, in the United States. He grew up first in the Bronx, and then in Pleasant Valley. He also spent a short time in the army, including service in Vietnam. After leaving the army, Wigand graduated with a master's degree in Biochemistry, followed by a Ph.D. in Biochemistry.

Jeffrey Wigand spent time working for several companies such as Johnson & Johnson and Pfizer. He was General Manager and Marketing Director for Union Carbide, based in Japan. He was also Senior Vice President for Technicon Instruments. Wigand then joined Brown & Williamson.

On 4th February 1996, Wigand became a whistleblower of the tobacco industry. He filmed a story with 60 Minutes, accusing Brown & Williamson of deliberately changing their tobacco blend. As a result, he stated that they used chemicals like ammonia. The chemicals increased the effect of nicotine in their cigarette smoke.

Since his interview, Jeffrey Wigand claims he has been harassed, and he has received death threats. He joined Brown & Williamson in January 1989, and they sacked him in March 1993.

Wigand states that highly placed management approved additives that were known to be carcinogenic. Brown & Williamson hired a firm of private investigators, and they produced a 500-page document trying to discredit Wigand.

Wigand joined the staff at DuPont Manual Magnet High School in Louisville, Kentucky. He taught biology, physical science, and Japanese. In 1996, they named him Teacher of the Year in the state of Kentucky.

Jeffrey Wigand left his teaching, and he currently gives lectures around the world to policymakers, children, and medical and law students. He has also consulted with various governments around the world on tobacco policies. The countries include Japan, Canada, Israel, France, Italy, and Ireland. Russell Crowe starred as Wigand in a movie called The Insider, released in 1999.

Jeffrey Wigand's second marriage was to Hope Elizabeth May. She is a philosopher, author, and lawyer. May is a professor at Central Michigan University.