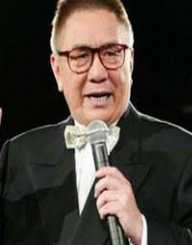 James Wong, a Cantonese-American television producer, writer and film director was born on 20 April 1959, in Hong Kong. He, along with his family relocated to San Diego, California, United States when he was ten years old. He attended El Cajon Valley High School as part of his secondary education. During his high school, he met Glen Morgan. Soon, they became close friends. Glen Morgan later went on to become his writing partner contributing to almost all of his writing projects.

James Wong enrolled at the Loyola Marymount University, Los Angeles, intending a major in engineering. During that time, James happened to see a movie titled ‘Apocalypse Now.' The movie greatly influenced him, and he subsequently changed the subject of his major from engineering to films. He also joined an improvisational comedy group. After completing the graduation, both James and Morgan started their career as assistants to Sandy Howard. Their job was to write screenplays during the period.

In 1985, James Wong along with Morgan produced their first screenplay for ‘The Boys Next Door.’ In 1988, he worked as the story editor of the crime drama ‘Knightwatch,’ aired on ABC network for about three months. In 1989, the duo of James and Morgan joined the production of Stephen J. Cannell. Under Cannell’s production, they worked in various capacities. They were the supervising producers in ‘Wiseguy’ and ‘The Commish’ and staff-writers-cum-story-editors in ‘21 Jump Street’ and ‘Booker.’

In 1991, they worked as creative and executive producers of adventure T.V. movie titled ‘The 100 Lives of Black Jack Salvage’ presented by Walt Disney Television. The duo’s next assignment was with Chris Carter. They were the executive producers and staff writers of the science fiction paranormal horror drama television series ‘The X-Files.’ The series started airing on FOX channel in 1993. James co-wrote the opening episode ‘Little Green Men’ of the second season of ‘The X-Files’ along with Chris Carter.

Both James Wong and Glen Morgan signed a contract worth $8 million with 20th Century Fox Television in 1995. They together created, co-wrote and produced sci-fi series ‘Space: Above and Beyond’ on behalf of 20th Century Fox. The fourth season of ‘The X-Files’ saw the return of the duo writing and producing two episodes, ‘Home’ and ‘The Field Where I Died.’

James Wong made his debut as director of a television series, ‘Musings of a Cigarette Smoking Man,’ episode number 7 of season 4 of ‘The X-Files’. Glen Morgan wrote the story. They inked a deal with Chris Carter as writers and producers for his American T.V. Series ‘Millennium’. The series was aired on FOX T.V. between 1997 and 1999. Their next assignment was the 13-episode paranormal T.V. series ‘The Others’ aired on NBC in 2000. They worked as the executive producers of the series.

In 2006, they produced a remake of the 1974 film ‘Black Christmas’ retaining the original name. The film was co-written with Morgan and was entirely directed by Morgan. In 2009, he directed the adventure film ‘Dragonball Evolution.’ The film was an adaptation of the Japanese dragon ball manga franchise. He was also the scriptwriter of the film. James Wong has also established the production company ‘Hard Eight Pictures.’

In the 1995 Sci-Fi Universe Magazine Awards, James Wong won the Universe Reader’s Choice Award in the category of ‘Best Writing for a Genre TV Series.’

James Wong is married to Teena Wong. They were blessed with three children including twins. Presently, the Wong couple lives in Los Angeles, California.