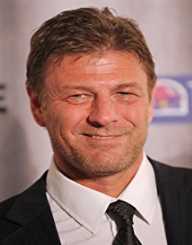 Jack Lord was a famous America actor, born on 30th December 1920 in Brooklyn. He was also a well-known artist and spearheaded humanitarian work as a philanthropist. This was well depicted in ‘Hawaii Five-o.’ He was not an easily swayed person and not afraid to peruse what he wanted. This famous American actor died on 21st January 1998.

On December 30th, 1920 the famous Jack Lord was born, by then known as John Joseph Patrick Ryan. He was born to Irish American parents known as William Lawrence Ryan and his wife. His childhood life took place at Morris Park, Queens, and New York.

He went through ‘St. Benedict Joseph Laber School and later joined ‘John Adams High school’ in New York. Jack Lord finally enrolled at the United States merchant marine academy in Connecticut. At the end of his period in school, he came out as a graduate in English with a third Mates license.

Jack Lord later came to obtain a football scholarship which made him peruse a degree in fine arts at the New York University.

The first professional sale of jack lord was made when two linoleum cuts were picked by the ‘metropolitan museum of arts.’ They were namely; ‘Vermont’ and ‘fishing Shacks.’ Jack Lord was posted in Persia during the World War II, after being incorporated into engineering team of the US Army. He served on the merchant ship and the end of the war briefly. He was latter trained and became a deck officer at the Fort Trumbull.

Jack Lord got his acting training under Sanford Meisner after thinking of it as his career. He also became a car salesman to support himself in this. His first appearance in the movie was made possible by the anti-communist production. It was known as ‘The Red Menace’ a.k.a ‘Project X’ in 1949. He went on to work in the movie industry. This paid in that the following year, he took part as an associate producer for the movie ‘Cry Murder.’ His consistence in the movie industry made him get a big debut in 1954 in a play ‘The Travelling Lady.’

From 1954, Jack Lord had successful performances after that. This led to him winning the’ Theatre World Award’ for portrayal of slim murphy in the play. For the following two years, Jack Lord replaced Ben Gazzara playing Brick in the production of 1955 -1956 ‘Cat on a Hot Tin Roof.’ Due to his successful performances, Jack Lord made it appear in the 1957 film ‘Williamsburg: the story of a patriot.’ This famous and incredible performer went on to appear in ‘God’s Little Acre’ in 1958. The competent and well-talented actor portrayed Stoney Burke in 1962 series of the same name.

Jack Lord took part in second season ’12 O-clock High’ as colonel ‘pre’ Gallagher in 1965. A role of Captain Kirk in Star Trek was offered to him before being offered to William Shatner later on in 1966.

Jack Lord costarred with Susan Strasberg in The Name of the Game is Kill. In the same year, he starred in his most memorable role as Detective Steve Garret in the ‘Hawaii Five-O.’ In 1980 he was the director of a failed pilot of ‘M Station: Hawaii for CBS.’

He starred for a very long period, twelve seasons on Hawaii Five-O as Detective Steve McGarrett.

Jack Lord was married to Anne Willard but unfortunately divorced in 1947. They had a son who died through an accident at the age of 13.

In 1949 he got married to Marie de Narde. He was an active chain smoker, but latter came to quit this habit. This famous actor and philanthropist died on 21st January 1998 after suffering from congestive heart failure.