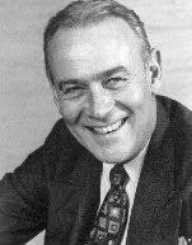 James Howard Marshall II was an American oil investor who amassed vast wealth from his oil companies. Apart from the business he also worked in various government positions.

The tycoon was born on 24th January 1905 in Germantown, Philadelphia. During his childhood, he was disabled with typhoid fever but recovered into a healthy child. .J. Howard Marshall II later attended a private school, George School in Newtown before enrolling in Haverford College to study liberal arts.

In high school and college, Marshall II worked as the school newspaper editor. He was also the leader of the debating club. In the school sporting activities, he was a member of the All American college team. Marshall also played competition tennis under the guidance of Bill Tilden.

J. Howard Marshall II graduated with a degree from Yale Law School in 1931.  It was in Yale School when he met Eleanor Pierce who later became his first wife.

Upon graduating from Yale Law School, J. Howard Marshall II served the school as an Assistant Dean. While working in the school, he wrote two articles on oil industry guidelines.

He moved to the U.S. Department of the Interior. During his time in the government office, he wrote the regulatory Connally Hot Oil Act of 1935. The act looked to control the oil flow between states with an aim to stabilize oil prices.

J. Howard Marshall II left the Department of the Interior in 1935 to join Kenneth R. Kingsbury of Standard Oil in California where his oil career began.

After World War II, J. Howard Marshall II took over the presidency of Ashland Oil before serving in various senior capacities in other oil companies.

It was during his service in various oil companies when he managed to amass a lot of wealth. In 1950 Marshall and Fred Koch Sr invested in Great Northern Oil Company. Marshall later bought Koch's shares.

The second largest oil syndicate in the US was later to become a dispute in Marshall’s family. Marshall and his sons often fought over the control of the company.

J. Howard Marshall II's first marriage was with Eleanor Pierce in 1931. The pair had two sons before divorcing in 1961.

He later married Bettye Bohannon, an exotic dancer in 1961. Their marriage ended after the death of his wife in 1991. His wife died of a facelift complication procedure. His last marriage was with a 26-year-old model Anna Nicole Smith. The controversial marriage, however, lasted for 18 months till the death of Marshall.

After his marriage with the 26-year-old Nicole Smith, his health deteriorated. On 4th August 1995, J. Howard Marshall II died from stomach cancer.

His death marked the beginning of a series of court battles. In his will, the widow received nothing from Marshall’s wealth. She went to court seeking to overturn her former husband’s will.

Although Anna Nicole Smith pleaded to get a share of Marshall’s wealth, the courts upheld Marshall’s will. Smith later died in 2007. The Lifetime Network aired a film Anna Nicole Story in June 2013. It tried to illustrate the billionaire ’s life.