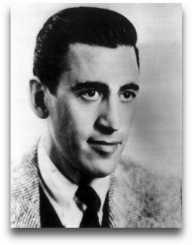 J. D. Salinger was an American writer, short stories writer and novelist born on January 1st, 1919. He is best remembered for his bestselling novel The Catcher in the Rye. Throughout most of his career, J. D. Salinger lived a private life. He was part of Nazi Germany during World War II. He began his writing his short stories when he was in high school. However, the struggle to make his work published was not easy. In the early 40s, most of his works were published by Story magazine though his dream was to have them published in The New Yorker.  At last, the The New Yorker magazine published a few of his work after initially rejecting several of them. Among them were: Perfect Day for Bananafish, Slight Rebellion off Madison and Hapworth 16, 1924. He went silent, never participating in the public after he became famous. In 1965, his last original work was published. His final interview in his life was in 1980.

J. D. Salinger was born on January 1st, 1919. His place of birth was New York City in the United States of America. He was the son of Sol Salinger and Marie Jillich. His father was of Jewish religion and sold cheese for a living. His mother was Irish but converted to Jewish after her marriage to Sol. She then changed her name to Miriam. He had one elder sister called Doris. She was born in 1911 and died in 2001.

J. D. Salinger was initially raised in Manhattan. This is where he attended public schools for his elementary education. Later in 1932, his family lived on Park Avenue situated in New York City. This is where he continued his education in the McBurney School. At the school, he was an active member of different departments. He wrote stories for the school magazine and led the fencing team. He also acted in roles for the school plays and proved to be quite talented. His father, however, was against his idea of becoming an actor.

He later enrolled in Valley Forge Military Academy situated in Wayne, Pennsylvania. He wrote for Cross Sabres, a yearbook for the school. He was also an active participant in the French clubs among other co-curricular activities.

In 1936 he joined the New York University. He tried a course in special education which he found to be difficult. He then dropped his studies. He also dropped out of Ursinus College later and joined Columbia University for writing lessons.

His short story The Young Folks was printed while he was at Columbia University. In 1941 he began submitting his stories to the The New Yorker magazine, but they were not published. However, the magazine later accepted to publish his work Slight Rebellion off Madison in December that year. Unfortunately, Japan attacked the U.S.  at the Pearl Harbour before it could be published.

In 1942 to 1945, J. D. Salinger played a role in the Second World War. Meanwhile, he continued his writing career, and The Saturday Evening Post magazine published his work. Collier's magazine also published some of his work.

July 16, 1951, marked a turning point for Salinger’s career. This was when his book The Catcher in the Rye was published.  Little, Brown, and Company published it. The book was loved by many readers which took his career to higher heights of his career. The writer was overwhelmed with this sudden fame and decided to live a private life after that.

In 1953 his collection of short stories with the title Nine Stories was published. In 1961 he released another successful book Franny and Zooey. Later in 1963, his book Raise High the Roof Beam, Carpenters and Seymour: An Introduction was published. His work Hapworth 16, 1924 marked the end of his career.

J. D. Salinger was involved with Oona from 1941. She later left him for the prominent Charlie Chaplin. He then wedded Sylvia Welter in 1945 just to divorce eight months later. He married once again in 1955 to Claire. During their 12 years together they had two children, Margaret, and Matthew. J. D. Salinger then secretly dated Joyce Maynard from 1942 and later Elaine Joyce. In 1988 he decided to get married again, this time to Colleen.

J. D. Salinger took his last breath on January 27th, 2010 at the age of 91. He died a natural death in New Hampshire located in the United States.