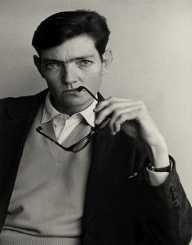 Isaak Yudovick Ozimov was born in Petrovichi, Russia on 2nd January 1920 to parents Anna Rachel Berman and Judah Ozimov. When the family moved to Brooklyn in 1924, it was then that Ozimov surname was changed to Asimov. He was named Isaac after his maternal grandfather, Isaac Berman. Isaac had a sister Marcia (born Manya) and a younger brother Stanley. Judah Ozimov owned a candy story after slaving for first three years in America and operated with wife and children for forty years.

Asimov married Gertrude Blugerman, after meeting her on a blind date on Valentine's Day, 1942. They had a son and a daughter together, before getting divorced in 1973. Isaac remarried Janet Jeppson in 1973 but had no children by this marriage.

Asimov studied in the New York Public School System. He continued to East New York Junior High School 149, where he was placed in a special course for rapid advance. He graduated at the age of fifteen to enter Brooklyn Campus of Seth Low Junior college on scholarship. Isaac graduated from Columbia University with a Bachelor of Science, majoring in Chemistry in 1939.

After convincing the Columbia University to accept him for the Master’s program on probation, he graduated is M. A. in Chemistry, and went on to study Ph. D in Chemistry. Asimov’s education was put on hold when he was inducted into the army in 1945, and only managed to finish his Ph.D. in May 1948.

Isaac Asimov’s first job was at the candy store in 1929, to replace his mother when she was pregnant with the third child. He had several positions during his freshman year, as well as a commitment to the family’s candy store. He worked as a junior chemist for the Philadelphia Navy Yard before he was inducted into the army. In 1948 he had a postdoctoral position researching anti-malarial compounds, at the University of Columbia.

After obtaining his Ph.D., Asimov became a lecturer in Biochemistry at Boston University’s School of Medicine. By 1951 he was an assistant professor and had tenure as associate professor. In 1955, he gave up the tenure to write full time but retained his title as professor. In 1979, he was a complete rank professor, but he had given up full time teaching in favor of part-time lectures.

In the course of his life, Isaac Asimov created 469 works, by his count, including calendars and wall posters. The count included multiple editions of books or those that he had a hand in helping edit. Asimov wrote many short stories and published many books. Isaac Asimov remains the only writer who wrote in many different categories of the library classification.

As a writer, Isaac Asimov's first work was Marooned Off Vesta, published in Amazing Stories in the March 1939 edition. In 1950, his first science fiction novel, Pebble In the Sky graced the shelves. Later, the collection of nine short stories called I, Robot was released in 1950, ahead of its time regarding robotics.

The Foundation series is considered Isaac Asimov’s most excellent work, a trilogy about psychohistory, a concept of mathematical sociology that could be used to predict the future. The infamous Forward the Foundation, released after his death, was planned to bridge the time gap between Prelude to Foundation and Foundation. Isaac had completed the draft before his death and was edited by Janet Jeppson.

Other less famous works that are non-fiction include Guide to Science, Understanding Physics, and many other areas of studies. Isaac Asimov had published in nine out of the ten major categories in Dewey Decimal Classification.

Isaac Asimov considered himself to be a humanist. That is someone who believes that humans are the cause of good and evil, and humans can solve the problems of humankind without the intervention of powerful beings. Asimov thought that scientific reasoning was an important aspect of life, and opposed zealots and myths. He did not care for religions but did not tolerate superstition and pseudoscience.

Despite his disinterest in religion, Asimov was proud of his Jewish heritage and learned how to speak Yiddish himself. He studied in Hebrew school when his father, Judah served as a secretary for the local synagogue. Even then, his parents did not teach him about his religion. Isaac wrote several books about the Bible; famous ones are Asimov's Guide to the Bible and The Story of Ruth.

Many of Isaac Asimov’s books had won prestigious book awards.

Isaac Asimov also won special awards during his career as a writer:

In 1977, Isaac Asimov suffered a heart attack. He had a triple bypass surgery in 1983 and had been infected by with HIV when he received tainted blood. His family was advised by the doctors to stay quiet, as the anti - AIDS prejudice was in full swing. When he died on  6th April 1992, his brother reported his death as kidney and heart failure. Isaac was survived by his second wife, Janet Jeppson and two children from his first marriage.

In his last biography It’s Been a Good Life, Janet Asimov revealed that Isaac had suffered complications of HIV, but indeed passed away from heart and kidney complications.

The most enduring works of Isaac Asimov would be the words robotics and positronic. Asimov coined the term positronic as a technology in his science fiction works in I, Robot series. Psychohistory was awarded an honorable mention in the Oxford English Dictionary. The term robotics was created by Asimov and has become more mainstream in its use at present. Asimov also created his “Three Laws of Robotics,” which was first introduced in Runaround. The Three laws are also known as Asimov’s Laws, and he has once stated that ideally, humans should even obey that law.

The Three Laws of Robotics by Isaac Asimov:

“People who think they know everything are a great annoyance to those of us who do.” Isaac Asimov