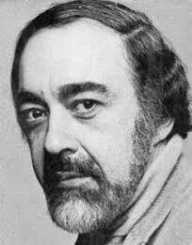 Levin attended Horace Mann School situated in New York and then enrolled in Drake University in 1946, based in Iowa. He left Drake in 1948 and went to New York University. He graduated in 1950, after studying English and philosophy.

Ira Levin started his writing career in radio and television as a scriptwriter in 1951. He released his first novel, A Kiss Before Dying, in 1953.

His first stage production was No Time for Sergeants in 1956. It was so successful it was adapted into a movie two years later, and six years after that was filmed as a comedy series for television.

Levin has written some very well-known books that were turned into highly successful movies.

Levin wrote nine stage productions, including the hugely successful No Time for Sergeants (1956), Deathtrap (1978), and Cantorial (1982). Deathtrap is a comedy-thriller, and it holds the record on Broadway for the longest running production in its genre.

There have been 11 film adaptations of Levin’s work. A Kiss Before Dying and The Stepford Wives have each been adapted twice.

Ira Levin has won several Edgar Awards for his work.