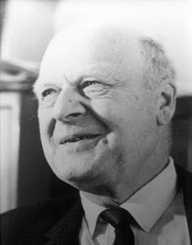 Ilya Prigogine was born in 1917. This was just before the 1917 Russian Revolution. He was a famous Belgian scientist, especially in his Physical Chemist. Among his best works was irreversible thermodynamics He won himself a Nobel Prize in 1977. This was as a result of dissipative structures theory. His family moved from Russia to Belgium when Ilya Prigogine was still a young boy. His favorite subject in school turned out to be chemistry though he also loved History. His interest in Chemistry was a great influence on the chemist scientist he late came to be. He developed the two-fluid model along with Robert Herman. This gave him much credit for his work.

Ilya Prigogine was born on 25th January 1917. His birthplace was Moscow in Russia. His father was Ruvim Abramovich a Roman. He worked at Imperial Moscow Technical School as a chemical engineer. His mother was Yulia Vikhman. She was a pianist. Ilya Prigogine had one brother Alexandre who passed away in 1991. His family was forced to migrate in 1921. They were not in favor of the new Soviet system in Russia. They went to Germany and later to Belgium in 1929. Ilya Prigogine was a young boy at the time.

Ilya Prigogine studied chemistry in the Université Libre de Bruxelles. He attained his undergraduate and a graduate degree from the same university. In 1941 he was awarded a doctorate.

In 1950 Ilya Prigogine was a chemistry professor at the Université Libre de Bruxelles. Later between 1959 and 1962, he became the director at International Solvay Institute. This was in Brussels in Belgium. Meanwhile, he also took a job at the University of Texas at Austin as a teacher. He later became a Regental and Ashbel Smith professor in both physics and chemical engineering. From 1961 to 1966 he worked at Enrico Fermi Institute. This was at the University of Chicago. He was among the founders of Center for Thermodynamics and Statistical Mechanics in 1967. The center is currently a Center for Complex Quantum Systems.

Ilya Prigogine continued making discoveries even after World War II.  He was known to be a team player. He did his work in collaboration with other scientists. He came up with mathematical models and mechanics of non-equilibrium statistics. He did this with P. Résibois, F. Hénin, R. Balescu and R. Brout. Together with Robert Herman, they developed macroscopic traffic flow model. This model was meant to help traffic flow in towns and cities.

Ilya Prigogine participated in some scientific organizations and did remarkably well. He had 53 honorary degrees and received many awards and prizes. He was awarded Francqui Prize for exact sciences in 1955. In 1976 he received Rumford Medal for irreversible thermodynamics study. A year later in 1977 he also received Nobel Prizes in chemistry. He earned the title Viscount in 1989 from King of the Belgians. He co-founded International Commission on Distance Education-CODE.  This is an international accredited Agency. He was awarded honoris causa doctrate in 1998. This was from UNAM in Mexico City.

Ilya Prigogine married twice. His first wife was Hélène Jofé. She was a Belgian poet. Together they had a son Yves in 1945. They later divorced. He then married Maria Prokopowicz in 1961. She was a polish born chemist. They were blessed with a son Pascal in 1970.