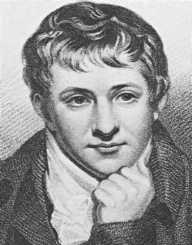 Humphry Davy was born on December 17, 1778. He was a British chemist and inventor. He made considerable contributions to the discoveries of iodine and chlorine. He discovered various alkaline earth metals and isolated and named them. He grew up and an intelligent and curious young lad. His first love was poetry, but with time he realized that he loved science more. He became a chemist later on in his life, and that was his career until he met his death. As a chemist, he met Gregory Watt and Davies Giddy who greatly helped him to establish himself. He invented the Davy lamp which aided miners to work safely close to flammable gases.

Humphry Davy was born on December 17, 1778, in Penzance in Cornwall in England. He was born into a middle class family, and he had four siblings. He attended Penzance School and Truro Grammar School for his primary education. In 1794, his father died, and his family began having financial issues. He was apprenticed by surgeon John Bingham Borlase who had a significant practice in Penzance.

Humphry Davy used to write a lot of poems, and he wanted to become a poet. But he dropped the idea of being a poem after he started working in the apothecary where he developed an interest in chemistry. He, therefore, abandoned poetry and chose science. He was an apprentice, but he also taught himself. He was inspired by Lavoisier’s work ‘Traite elementaire de chimie’ which he used in his chemistry experimentation.

Humphry Davy became a brilliant chemist that he attracted Gregory Watt and Davies Giddy. He was intelligent and had a lot of incredible skills when it came to chemistry. Watt and Davies recommended him to Dr. Thomas Beddoes. In 1798, he was appointed the superintendent of the Pneumatic Institution in Bristol. At the institution, he studied the composition of oxides and acids of nitrogen. He also urged others in the institution to look into the effect of inhaling nitrous oxide.

In 1800, details of Humphry Davy's experimental work were published as ‘Researches, Chemical and Philosophical.’ This publication made him known to many as a chemist, and he was invited to lecture at the Royal Institution of Great Britain, London. In 1801, he moved to London where he was appointed as an assistant lecturer in chemistry at the Royal Institution of Great Britain. He was also selected as the director of the chemical laboratory and the assistant editor of the journals of the Institution. In the same year, he gave a lecture on the subject of Galvanism making him a popular lecturer.

In 1802, Humphry Davy was made a full lecturer at the Royal Institution. In 1804, he became a Fellow of the Royal Society, and he was also a member of the Geological Society. In 1807, he became the secretary of the Royal Society. In the same year, he discovered Potassium, making it the first metal to be isolated by electrolysis. He was also the first chemist to isolate magnesium, boron, and barium. In 1813, he travelled to France where he discovered iodine. In 1815, he returned to England where he invented the Davy lamp which aided miners to work safely near flammable gases.

In 1816, Humphry Davy received the Rumford medal for his invention of the Davy lamp. In 1819, Davy was awarded a baronetcy for his significant scientific discoveries. In 1827, he won the Royal Society’s Medal for his lecture titled ‘On the Relation of Electrical and Chemical Changes.’