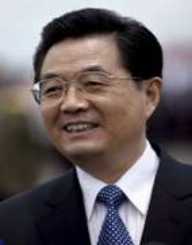 Hu Jintao is a prominent Chinese politician who for a decade served as the paramount leader of China. Born on December 21, 1942, he ruled China from 2002 to 2012 during which the country witnessed consistent economic growth and became a formidable world superpower. During this period, he also served as the General Secretary of the Communist Party and President of the country from 2003 to 2013.

Hu Jintao was also the Chairman of the Central Military Commission from 2004 to 2012. From 1992 to 2012, he was a member of the Politburo Standing Committee, which is China's de facto top decision-making body. A member of the Communist Party; Hu rose through ranks serving as Party Committee Secretary for Guizhou province, and Tibet Autonomous Region. He rose to become First Secretary of the Central Secretariat and later served as Vice President to Jiang Zemin.

Hu Jintao was born on December 21, 1942, in Taizhou, Jiangsu province into a relatively low-income family. His mother who was a teacher died when he was seven years old. Therefore, his aunt raised him. His father, a small tea trader, was denounced during the Cultural Revolution. In 1965, Hu majored in hub hydropower station at from the Water Conservancy Engineering Department at Tsinghua University.

Through Hu Yaobang, Hu Jintao was transferred to Guizhou as the provincial Committee Secretary of the CPC. While there, he successfully handled the local students protest in 1987, similar to the Democracy Wall. A year later, he was transferred to the Tibetan Autonomous Region as Party Regional Committee Secretary, where he also acted as the Political Commissar of the local People’s Liberation Army unit.

Meteoric Rise in the Political Scene

In 1992, Hu Jintao was selected as one of the seven members of the Politburo Standing Committee during the 14th National Congress of the CPC. This made him the youngest member of the committee since 1949 when the Communist Party took power. That same year, he moved to the Secretariat of the Communist Party of China. He rose to become the Vice President of China in 1998 serving under president Jiang Zemin. He was elected the General Secretary of the Central Committee during the Sixteenth National Congress of the Communist Party of China in 2002.

Hu Jintao became the successor of Jiang Zemin and took over as the paramount leader of China. The National People’s Congress elected him as the President of China in 2003. Hu and Premier Wen Jiabao took over a country saddled with several social and political problems including corruption, which was embedded in the civil service, judicial, medical system and the military. The gap between the poor and the rich was vast and that created anger and displeasure amongst the citizenry. In his bid to resolve the challenges, which was retarding the growth of the country, Hu launched the “8 Honours and 8 Shames” movement in 2006 as a code of conduct for the people of China.

On October 22, 2007, Hu Jintao was re-elected as General Secretary of the Central Committee and Chairman of the CPC Central Military Commission at the17th CPC National Congress. A year later on March 15, 2008, he was re-elected as President at the 11th National People's Congress and as Chairman of the PRC Central Military Commission. He ended his tenure in 2013 and was succeeded by Xi Jinping.

During his tenure, Hu Jintao presided over a China that saw consistent economic growth and stability. He succeeded in modernising the country regarding infrastructure and technology. It was during his tenure that China hosted the 2008 Beijing Olympics and the 2010 Shanghai Expo. He improved China’s international image.

Hu Jintao married Liu Yongqing. The two met while at the Tsinghua University. The couple has two children, Hu Haiqing and Hu Haifeng.