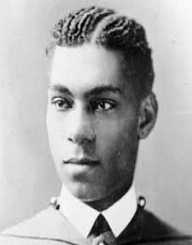 Henry Ossian Flipper was born 21st March 1856, to Festus and Isabelle Flipper. He was born in Thomasville, Georgia, in the United States. Flipper was born into slavery, and he was one of five boys. Their owner was Ephraim G. Ponder, who had made his wealth from dealing in slaves.

During the years that followed the end of the American Civil War, Flipper studied at Atlanta University. He enrolled at West Point, the most prestigious military academy in the U.S.

Henry Ossian Flipper joined the four black cadets already in attendance. They underwent prejudice and difficulties when the white students refused to accept them. Nonetheless, Flipper stuck it out, and he became the first black graduate in 1877.

He graduated with the commission of Second Lieutenant and took command of the 10th Cavalry Regiment. Most importantly, this made Flipper the first black officer to be given control of troops.

Captain Nolan mentored Henry Ossian Flipper Much to the dismay of other white officers, he entertained Flipper in his quarters for dinner while his daughter was there. Nolan advised them that Flipper was just as much an officer as any other present.

Nolan remarried in 1878, to a lady named Anne Dwyer. Her sister, Mollie, joined the troop when it arrived in Fort Elliott, Texas in 1879. She became friends with Flipper, and it wasn't long before rumors and innuendo abounded. This created a smear campaign to try and sully his name.

Later that year, Nolan took charge of a group of prisoners, which he had to accept by law. Shortly after, Henry Ossian Flipper and two other soldiers took the prisoners to another location. Federal Marshal Norton arrested them as he was trying to cause trouble.

Nolan chased the group and eventually caught up with them. He advised Norton that nobody would be shot as he now had them under military escort. Norton filed charges against Nolan and Flipper. They were fined, but that was the end of the story.

The Apache Wars started in 1879, and Henry Ossian Flipper was under the command of Nolan. He took command of the unit for several months, and he was commended for his efforts.

The pair worked together again in 1880, but it was the last time they saw each other. Flipper then went to Fort Davis, West Texas, where he was given the role of commissary officer, as well as post quartermaster.

His years in the military had been a mix of support from some officers, and racist reactions from others.

Colonel Shafter took over command at Fort Davis early in 1881. Furthermore, he had a reputation of giving officers a hard time if he didn't like them.

Within a few days, he had dismissed Henry Ossian Flipper from his position for no reason.

Shafter then requested that Flipper look after the safe in his quarters. This was as good as a command as it had come from a superior officer. Flipper complied with no question. Sometime later, Flipper realized there was $2,000 short in the funds.

Flipper panicked and tried to cover it up; then he lied when asked about it. People recognized it for the set up that it was. They raised money to replace the missing funds within a few short days.

Although he accepted the money, Shafter still held a court-martial. Henry Ossian Flipper was found guilty on a second charge that had been added to the original crime. He received a dishonorable discharge from the army.

After the army, Henry Ossian Flipper worked as a civil engineer.

He then went to Mexico for a time. After he returned, Flipper became an adviser to Senator Albert Fall on the political scene in Mexico.

In 1921, Fall accepted the role of Secretary of the Interior. As a result, he moved Flipper to Washington, D.C., to become his assistant.

Flipper went to work as an engineer in 1923 in the petroleum industry.

In 1931, Henry Ossian Flipper retired. He spent the rest of his life trying to clear his name and have his commission returned, to no avail.

Flipper was also a writer, and among his published works was The Colored Cadet at West Point (1878). One of his books was released posthumously and is titled, Negro Frontiersman: The Western Memoirs of Henry O. Flipper (1963).

A petition was filed in 1976, and the discharge was changed. Henry Ossian Flipper received a good conduct discharge rather than the dishonorable discharge. The authorities conceded his penalty had been very harsh.

In February 1999, Flipper received a pardon from President Clinton.

West Point now has a Henry O. Flipper Award that is granted on an annual basis.