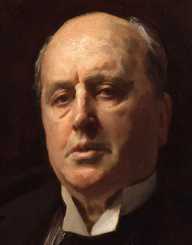 Henry James was, undisputedly, one of the most talented and skillful American writers of the late 19th and even early 20th centuries. With 22 novels, over a hundred short stories and even several critical essays and plays to his credit, Henry James was, indeed, a key figure of the 20th- century literary realism. He has also written several autobiographies and even participated in the First World War.

The second out of five children of Henry Sr. & Mary, Henry James, was born on 15th April 1843 at 2 Washington Place in the city of New York, USA. His father, Henry James Sr., was a theologian and lecturer while his mother, Mary, was from a New York City-based wealthy family. His brothers were William, One year older than him, and the other two, Wilkinson and Robertson, his younger brothers. He also had a sister named Alice. As a young boy, he lived, alongside his family, in Albany before they moved to Fourteenth Street, still in New York City.

The James family traveled to and lived in many cities around the world from the year 1855 when they moved to London. They later moved to other cities including Geneva, Paris, New Port, Boulogne and Rhode Island, only retreating to the United States when they ran out of funds.

It was, however, in France that they stayed for the longest period where Henry felt at home and even became fluent in French.

Henry’s father was well known and had connections with some of the most educated and influential people, and so Henry Jr. was exposed to many influences, especially philosophical and scientific; his early education was easily conducted at home by his father.

As such, he never went through the usual education in Latin and Greek classics. He later attended some few schools while his family traveled in Europe.

In 1962 and at the age of 19, Henry James was enrolled in Harvard Law School where he studied for one year. During this time, he realized he had no interest in law as his areas of study. As a result, Henry dropped out of the law school and instead, pursued his interest in literature.

His first professional mentors in the field of literature were James and Annie Fields, who also became his longtime friends. He also associated with famous critics and authors including Charles Eliot Norton and William Dean Howells.

Henry James started his career as a writer around the year 1864 when he wrote and published his first short story book titled, A Tragedy of Error. His work had, however, also been published as a review of a stage performance titled, Miss Maggie Mitchell in Fanchon the Cricket.

Most of his early writings, which included some fiction and non-fiction pieces, were first serialized in the two magazines, i.e., The Atlantic Monthly and The Nation. He also submitted his stories and book reviews to other magazines including The North American Review, The North American Tribune, The Atlantic Monthly and Macmillan’s. In most of his work, including novels and short stories, Henry employed point of view and interior monologue techniques to enable his readers to enjoy the character perception and insight.

Henry James published his first novel titled, Watch and Ward in 1870. This was followed by a lot more publications including The American(1877), The European(1878), French Poets and Novelists(1878), Hawthorne(1879) among others.

His first popular success was, however, in 1879 when he his short novel titled, Daisy Miller, was published, making him more famous in the United States and Europe. He is also famous as the author of The Portrait of a Lady.

Some of his late publications include The Ambassadors (1902), The Wings of the Dove (1903) and The Golden Bowl (1904). He also wrote his autobiographies titled, Notes of a Son and Brother and A Small Boy and Others in 1913. Apart from novels, short stories and autobiographies, Henry also wrote drama.

In 1916, King George V awarded Henry the Order of Merit.He also earned an honorary degree from Harvard University in 1911 before earning another one just a year later at Oxford University.

Henry James always rejected any suggestion that he should marry and as such, he never married and never had children. He was naturally friendly and an active participant in the society. However, he was distant in his relations with others and avoided involvement by all means.

This continued for the better part of his life until late middle age. For twenty years, James spent his life alternating between America and Europe before acquiring British citizenship in 1915.

In 1909, Henry James suffered a stroke but still produced a series of stories. On 28th February 1916, he died in Chelsea, London of pneumonia and stroke.