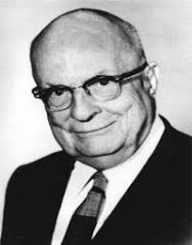 Henry J. Kaiser is an American manufacturer and shipbuilder who became famous in the line of shipbuilding in the United States. Due to his creations, Kaiser was dubbed as the "Father of Modern American Shipbuilding." He expanded his business into several other branches which propelled him into a wealthy status.

Henry J. Kaiser married two women in his life. His first marriage was to Bess Fosburgh, the daughter of a lumberman who was a local in Virginia. He had to prove to Fosburgh's father that he had enough dowry to take care of his daughter for life, which he did by becoming the top salesman in a hardware company in Spokane. They tied the knot on April 8, 1907, and had two sons named Edgar Kaiser, Sr. and Henry Kaiser Jr. After his wife died on March 14, 1951, from suffering an illness, he married his second wife, Alyce Chester, a month after her death. Chester was the nurse who cared for Fosburgh and was given a blessing to marry Kaiser.


Origins of a Modest Man

Born as Henry John Kaiser in Sprout Brook, New York on May 9, 1882, he was the only son of Anna Marie and Franz Kaiser. His parents were both German immigrants who settled in America. He secured his first job at the age of 16 at a department store in New York where he worked as a cash boy. His second job a photographer's assistant at the age of 20 where he worked in Lake Placid in 1902. With a bit of his savings, Kaiser relocated to Washington and founded a construction company that served government contracts.

The Establishment of Kaiser Co. Ltd. and Its Role in the World War

One that catapulted Henry J. Kaiser's standing financially and socially is when he established Henry J. Kaiser Co. Ltd., a paving company, back in 1914. This company was one of the pioneers in the industry to use heavy construction machinery for their project. It got one of its first significant deals when it landed a road construction project that costs $18 million in 1927 at Camagüey, Cuba. Four years later in 1931, the company was chosen as one of the contractors for the construction of the Hoover Dam located at the Colorado Rivers. Subsequently, another dam construction project was offered; the construction of the Grand Coulee Dams situated on the Columbia River. While expanding his business, he adopted new techniques he applied to his craft, prominent among that is welding, which he got from motorboat racing.

When World War II broke out, Kaiser Co. played a vital role against the Nazis. The company provided and supplied the cargo ships for the war, which propelled Henry J. Kaiser's name to fame. His company became famous for being able to produce mass cargo ships, later known as Liberty Ships,  in 45 days. Later on, they improved their techniques of which these Liberty ships were upgraded into Victory ships. His shipyards for the operations on various locations such as the Swan Island in Portland, Oregon and the Ryan Point (Vancouver) on the Columbia River.

Already known for his supportive nature, Henry J. Kaiser previously extended a helping hand to those who suffered during the Nazi occupation in Europe, providing aid and supplies for the families.

Having fulfilled a lot in life, Henry J. Kaiser decided o spend the later years of his life in Honolulu, Hawaii. While in Hawaii, he established the Kaiser Hawaiian Village, currently known as Hilton Hawaiian Village, and devised ways to develop the state's urban landscape. He died at the age of 85 on August 24, 1967, in Honolulu and his remains were interred at Mountain View Cemetery in Oakland, California.