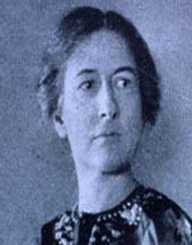 Harriet Monroe was born on 23rd December 1860, in Chicago, Illinois, in the United States. Monroe started reading from an early age, as her father had a large library, and she would happily lose herself in there reading to get away from a lonely life. She attended the Visitation Convent in Washington, D.C., and graduated in 1879.

Harriet Monroe wrote a sonnet called, With Shelley’s Poems, which was accepted by Century magazine in 1888. She then had another of her works, Columbian Ode, recited in 1892 at the dedication of the World’s Columbian Exposition in Chicago. She continued to produce other works like Cantala in 1889, and by this time had established herself as a talented poet. She was a regular contributor to national magazines and newspapers.

Monroe was determined that she would be famous so that she would not be forgotten after she died. In late 1912, with the backing of wealthy patrons in Chicago, Monroe launched her magazine, Poetry: A Magazine of Verse. The magazine soon became the leading authority around the world in English-language poetry.

Harriet Monroe had the genius idea of finding 100 business people to each sponsor $50 per year for five years. She also had a $5,000 settlement of her own for a court case that she had won, and she launched the magazine with her funds plus those of her patrons. It championed new, young poets, and gave a vehicle for their work for poets such as Ezra Pound, T.S. Eliot, D. H. Lawrence, and Wallace Stevens.

Monroe did a superb job of managing the magazine, guiding it through two world wars, the Great Depression, and even when the Chicago literary renaissance had passed, the magazine still went strong. In addition to her editing work of the magazine through her life, Monroe also released several works. These include The Passing Show – Five Modern Plays in Verse (1903), You and I – Poems (1911), and A Poet’s Life – Seventy Years in a Changing World (1938).

Harriet Monroe was inducted into the Chicago Literary Hall of Fame in 2011.

She died on 26th September 1936 in Peru while she was on her way to climb Machu Picchu. Her death was caused by a cerebral hemorrhage brought on by the high altitudes.