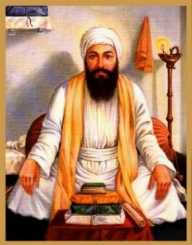 Guru Tegh Bahadur was born on April 1, 1621. He was the ninth Guru of the religion of Sikhism. At a young age, he was trained in martial arts of swordsmanship and horse riding. He received religious teachings from Bhai Gurdas and Baba Buddha.

Guru Tegh Bahadur was born on April 1, 1621, as Tyag Mal in India. He was born to the sixth Sikh Guru, Guru Hargobind, and Mata Nanaki. He was brought up alongside five siblings. He was trained in martial arts of archery, swordsmanship, and horsemanship. He received religious training from Bhai Gurdas and Baba Buddha. He was courageous when he fought in the battles against the Mughals. He was given the title of ‘Tegh Bahadur’ by his father. The title meant the Mighty of Sword. In 1634, after the Sikhs fought a battle at Kartapur, Tegh turned to the path of meditation and renunciation. He moved to the village of Bakala where he contemplated and prayed.

Guru Hargobind wanted a successor since Guru Tegh had turned to renunciation and was no longer a suitable candidate. Hargobind chose his grandson, Guru Har Rai, to succeed him. Guru Har Rai did not live long as he died at the age of thirty one thus the Sikhs were left without a leader. In 1661, Guru Har Rai’s son Har Krishan became Guru. In 1664, Guru Har Krishan died of small pox. Before he died, he was asked to name his successor. He was too ill to talk that he only mentioned the words ‘Baba Bakala.’ His followers took the words to mean that the next Guru would be found in Bakala. Guru Tegh Bahadur was later found and made the ninth guru of the Sikhs.

Guru Tegh Bahadur, however, continued to live an austere life. He travelled while spreading the teachings of Guru Nanak who was the first Sikh Guru. He also began community water well and langars.  He wrote one hundred and sixteen shabads and fifteen ragas. Mughal Emperor Aurangzeb started persecuting non-Muslims and forcing them to convert to Islam. The Guru was not happy with what was happening. Guru Tegh’s son Gobind Rai asked him what he would do about the situation; Guru Tegh answered that the Mughals could only be stopped only by the sacrifice of a holy person.

Guru Tegh Bahadur declared his son Gobind as his successor as he decided to sacrifice himself for the good of the people and to stop the Mughals. When Aurangzeb heard about Guru Tegh’s decision, he arrested the Guru and his followers who were brought to Delhi. The emperor forced Guru Tegh to convert to Islam, but he refused. He was therefore subjected to brutality and torture together with his followers. The emperor thought they would convert after the torture, but they did not as they maintained their faith. Guru Tegh’s followers were killed brutally before him, but he did not convert as he kept his loyalty to God. On November 24, 1675, he was beheaded in public. His followers found his head and body and performed a proper funeral for him.

In 1633, Guru Tegh Bahadur married Mata Gurji. He was succeeded as Guru by his son Guru Gobind Rai after his death. Gurudwara Sis Ganj Sahib and Gurdwara Rakab Ganj Sahib located in Delhi mark the places where Guru Tegh was executed and cremated.