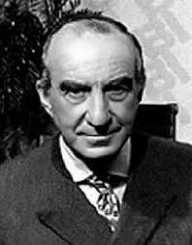 Guccio Gucci was born 26th March 1881, in Florence, Tuscany, in the Kingdom of Italy. His father was a leather craftsman.

Just after 1900, Guccio Gucci moved to London. He worked at the Savoy Hotel as a lift boy. As a result, he learned about luxury brands including clothing and luggage, which inspired him to start his own business.

He returned to Florence where he helped his father in the leather business. Gucci began to make travel bags and other accessories, and in 1921, he established the House of Gucci.

The business grew until Gucci opened premises in Rome during 1938. In 1951 he expanded into Milan, and in 1953, he established a store in Manhattan, New York.

Although Gucci began with saddlery and bags, his business expanded into shoes, clothing, and many other items. His sons joined him in the company when they were old enough. They continued the legacy of Gucci after he died.

Guccio Gucci became a very sought-after brand, and it is known as one of the top luxury brands in the world. It is synonymous with quality.

Guccio Gucci married Aida in 1901. The couple had six children, and they were still together at the time of Gucci's death.