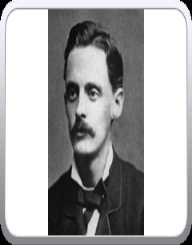 Also Known For : Physiology or Medicine

Sir Godfrey Newbold Hounsfield, famous for his pioneering invention of computerized axial tomography (CAT), or computerized tomography (CT), popularly known as CT Scan in the field of radiology, was born on August 28, 1919, in Sutton-on-Trent (near Newark-on-Trent), Nottinghamshire, England. He was the youngest of his father’s five children and had two elder brothers and two elder sisters. His father was a steel industry engineer who later turned to farming and developed a farm.

Godfrey Hounsfield was attracted to electrical gadgets since his childhood and always tried to experiment with the electrical devices and machinery available on his father’s farm. By the age of eighteen, he developed his version of a homemade glider and tried to make himself airborne by launching off from haystacks. He was equally interested in electronics also and tried his hand at making his own radio sets during his teens.

Hounsfield received his secondary level education from the Magnus Grammar School (now Magnus Church of England School) in Newark-on-Trent. His performance was excellent and he excelled particularly in Physics and Mathematics. He studied radio communication in the City and Guilds College of London and completed his graduation from there in 1938. He joined the Royal Air Force as volunteer reservist shortly before the commencement of the World War II.

Godfrey Hounsfield studied and learnt new and vital technologies related to the basics of Electronics and Radar at the Cranwell Radar School of the Royal Air Force. He then resumed his education after completion of the war and attended Faraday House Electrical Engineering College, London. The college was known to be a specialist in providing University level education in the field of Electrical Engineering, pioneering the concept of sandwich courses combining theoretical study with proper practical exposure. It was established in 1890 and provided valuable education before the advent of University Engineering Departments. Hounsfield graduated from the college with a DFH (Diploma of Faraday House).

Godfrey Hounsfield joined the Thorn EMI (Electrical and Musical Industries) Ltd., Hayes, Middlesex in 1949 and started working on guided weapon system and radar. While working at Thorn EMI, his developed a keen interest in computers and by 1958, he became the leader of the design team that built the first commercially available all-transistor computer in Great Britain. The computer was named EMIDEC 1100. Later, he shifted his research in developing high capacity computer memory devices and registered a British patent in 1967 titled ‘Magnetic Films for Information Storage.’

From 1958-59 onwards, Godfrey Hounsfield was working on the problem of pattern recognition enabling computers to read letters and numbers. Combining all his knowledge about computers, pattern recognition, and radar technology; he envisaged a medical diagnostic system where X-Ray machine will feed the computer, images of an object taken from different angles. The computer would then process the X-Ray signals and would form a two-dimensional image of the object. In this process, it would be possible to view tissues, organs and other body parts of a living being in much greater detail than a single X-Ray could produce.

The idea required upgradation and refinement of the computers available at that time. Two enlisted radiologists, James Ambrose and Louis Kree, were roped in to assist him with their hands-on knowledge and experience of radiology. The trio began working on a prototype scanner. The project was supported by the British Department of Health and Social Services.

Godfrey Hounsfield initially built a prototype head scanner and tested the machine first on a preserved human brain, then on a fresh cow brain from a butcher shop and finally on himself. The revolutionary concept of the diagnostic system was referred to as computerized tomography scan or CT scan and was introduced into medical practice on October 1, 1971, by successfully scanning a cerebral cyst patient at Atkinson Morley Hospital in Wimbledon, London, United Kingdom.

Successful commercial production of the scanners followed a year later. The first scanners were head scanners, and its’ inception immensely benefited the neurosurgeons of England. Hounsfield continued to improve the device and in 1975 came up with a model of a whole body scanner.

Godfrey Hounsfield retired from Thorn EMI Ltd. in 1984 and remained associated with Thorn EMI’s Central Research Laboratories in Middlesex in the capacity of a consultant. His further research was on nuclear magnetic resonance and diagnostics imaging. He continued to make advancements on his brainchild, the CT Technology, throughout his life.

He was elected as a Fellow of the Royal Society of London in 1975. In the same year, he was awarded the Lasker Award.

Godfrey Hounsfield was appointed Commander of the Order of the British Empire in 1976 and was also awarded the Duddell Medal and Prize by the Institute of Physics in the same year.

In 1977, he received both the Howard N. Potts Medal and the Mullard Award by the Royal Society.

In 1979, Hounsfield and Allan McLeod Cormack were jointly awarded the Nobel Prize in Physiology or Medicine for developing the diagnostic technique of X-Ray computed tomography (CT).

Godfrey Hounsfield was conferred with the honor of knighthood in 1981.

Godfrey Hounsfield never married and remained a confirmed bachelor throughout his life. He spent his entire life studying science and devoted most of his time in his pet research projects. He was fond of outdoor activities like trekking and skiing besides being an ardent lover of music. He was also a prolific piano player.