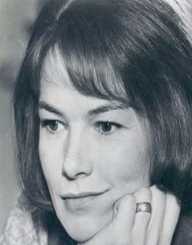 Glenda Jackson or Glenda May Jackson is a fantastic example of women empowerment. She was an excellent British actor who won the award for her role in various movies like ‘Women in Love’ and ‘A Touch of Class.’ When looking back to her career, she had a very profound career on the big screen which started with her performing in the theater. She was a multitalented lady and also utilized her fame from movies to rise in politics successfully that gave her a push by winning a seat in the House of Commons.

Glenda Jackson was born on the 9th of May in the year 1936 in Birkenhead on the Wirral, England. She was born to an average family where her father was a builder, and on the other hand, her mother used to work in shops as a cleaner. She got her education from West Kirby County Grammar School that was only for girls. She developed upon her acting skills by being a part of the Townwomen’s Guild drama group. She later also got a scholarship in the year 1954 to study at the Royal Academy of Dramatic Art situated in London.

Glenda Jackson was a focused girl, and she made her stage debut soon after being enrolled in the prestigious academy, i.e., in 1957. Following the same zeal, she later also made her way into the movie business by making her first appearance in a movie name ‘This Sporting Life’ released in the year 1963 in which though she had a small part.

Glenda got a career-defining breakthrough in the following years when she was picked for a part by the Royal Shakespeare Company’s production of ‘The Persecution and Assassination of Jean Paul’ under the direction of Marquis de Sade.

Glenda Jackson was not considered the most beautiful lady by general standards, but this is also a proven fact that even after this, she exuded a certain kind of sex appeal in many of her roles in her genre of movies. She played various parts in many upcoming plays based on some of the best novels like Women in Love which was directed by Ken Russell. Her standard of performance just kept on increasing with every upcoming role like the role of a sexually demanding wife in The Music Lovers in the 1970’s or her role on Sunday, Bloody Sunday in 1971 where she played a role of a woman involved in a love triangle.

Glenda had the knack of playing her roles with full regality and gravitas which she exuberated while playing the role of Queen Elizabeth I twice. These roles were a big success and also introduced her to the American audience, and she also won 2 Emmy awards for her royal performance.

After this, Glenda Jackson won her 2nd academy award for a romantic comedy ‘A Touch of Class’ along with George Segal. Around the same time, she also played some of the most significant roles in Antony and as Cleopatra in Shakespeare’s leading plays which were followed by her winning a personal title in the year 1978 where she was made the Commander of the British Empire (CBE) by Queen Elizabeth II herself.

After her acting career, Glenda Jackson shifted to politics, and by the year 1992, she was elected to the House of Commons from Hampstead and High gate. She then later resigned from her party to secure her party’s nomination for the mayor of London in the year 1999. Though, she was not successful in those elections.

Glenda did get alleviated in her political career, and she also served on Great London Assembly advisory cabinet on homelessness. As a politician, she was always outspoken on many critical issues including Britain’s hand in the Iraq War. Glenda in the year 2010 after winning her elections announced her retirement from politics thereby giving an opportunity to someone else.