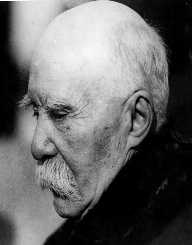 Georges Clemenceau was a French politician born on September 28th, 1841. He was once a prime minister and a great politician of France. He was elected to the office in 1906 and served till 1909. He was re-elected in 1917 and was in power till 1920. He led the Radical Party of France during his political career. Aside from politics, Clemenceau was also a journalist and a physician. At the age of seventy-nine, Clemenceau retired from politics. He then wrote his autobiography which he gave the title In the Evening of my Thought.

Georges Clemenceau was born on September 28th, 1841. His place of birth was born in Vendee situated in Western France. He was the son of Benjamin Clemenceau and his wife, Sophie Gautreau. His father chose to be a political activist though he was a physician by profession.

He schooled in the Nantes Lycee. By 1858 he was through with his studies. He later studied medicine in Paris from 1861. This was when he met republican rebels known as Agis Comme Tu Penses. In the same year, he also founded a Le Travail or ‘work’ journal. Unfortunately, the police seized the journal.

He later came up with an advertisement supporting the 1848 revolution. This led to his imprisonment In February 1862. In 1865, he finished his medical studies. He then moved to the U.S during the Civil War where he stayed for four years.

Georges Clemenceau began his career with his literary work advocating against Napolean III ruling. Meanwhile, he also ran his medical office. He also worked for a Parisian newspaper as a political journalist.  He was forced to teach French later in his life after his father chose not to support him financially.

In 1869, Georges Clemenceau went back to Paris. He was then appointed the mayor of Montmartre. He also joined the National Assembly. Later in 1871, he gained membership at the Paris Municipal Council, initially serving as the secretary. He later became vice president following his appointment as the president of the council till 1876.

He became a member of the chamber of deputies later in 1876. During this time he was a great a Radical Republican. Afterward, he chose to devote more of his time to his journalism career. In1880, his newspaper La Justice was published.

In 1893, he was unsuccessful in trying to regain a membership at the Chamber of Deputies. He also lost his newspaper La Justice upon which he published another in 1900. This was a weekly publication titled Le Bloc. The newspaper remained functional till March 1902.

In April 1902, Georges Clemenceau became the senator of the Var in the district of Draguignan. He was also appointed as the prime minister in the same year. In 1909, his time in the office was over. In 1910, the du Var journal was published in his honor for the first time. By 1913 he had established another newspaper know as L'Homme Libre or ‘The Free Man.’ He later led the French committee members in the Paris Peace Conference. He was a candidate of the presidential elections held in January 1920, but he lost. He was 79 years old at the time.

Georges Clemenceau wedded Mary Plummer in June 1869. The couple was blessed with a son and two daughters. They later divorced after seven years of marriage.

Georges Clemenceau took his last breath on November 24th, 1929 in Paris. He was 88 years old at the time of his death.