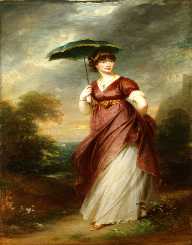 George III of the United Kingdom

George III is one of the few kings of Great Britain who were great. Despite being mocked for his humility and nicknamed ‘Farmer George,’ George III was a compassionate king who took care of his subjects. His main focus was the good of the common people and protection of his government and assets. George was scientifically inclined and promoted science and technology.

Only in the later part of his reign and after that people realized what a great king he had been to them. For his benevolence and compassion, he is revered by many all over the world till today.

George the III was bornin Windsor, England, United Kingdom on June 4, 1738. His father Frederick was the Prince of Wales and his mother Augusta was the princess of Saxe-Gotha. His star sign was Gemini. He had a brother named Edward.

George III  and his brother Edward were homeschooled like most royalty.  He was trained in many languages including German and English. He was also well educated in Science subjects – the first person to do so in his family. He also studied social sciences and their applications in the field of agriculture, law, and business.

Along with formal education, he also had training in dancing, horse riding, fencing and more.

The King Of England

George III inherited the throne in 1760 after the demise of his grandfather. His first important work was the signing of the ‘Treaty of Paris’ with France & Spain. This decision was welcomed by some while loathed by the others. He also stopped further colonization in America by the ‘Royal proclamation’ and shifted the attention towards areas to the North & South. This decision wasn’t welcomed by many colonists of the time.

George III along with William Pitt successfully advised the then Prime Minister Lord Rockingham to remove the ‘Stamp Act.’ This made him much popular in America. Upset by his brother Henry’s marriage to a lower class woman, he passed the ‘Royal Marriages act’ which required members of the royal family to gain approval from the King before marrying.

After several Prime ministers, England got William Pitt the younger. He was very effective in his role, and the images of both the Prime minister and the king improved in the eyes of the public. For the later part of his rule, George III was largely admired by the people. However, he faced severe health problems and old age complications.

George III was replaced by his son, George IV who was very ambitious and unlike his father. He defeated Napoleon but wasn’t a famous king.

George III was married to Charlotte, the princess of Mecklenburg-Strelitz. They had fifteen children – his son George IV succeeded him as King. He is also known to be extremely faithful to his wife and had no concubines – a unique feat among all Kings of England.