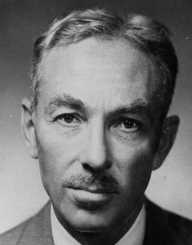 George Herbert Hitchings went to Franklin High School in Seattle, followed by the University of Washington. He graduated in 1927 with his degree in chemistry. During the summer he worked for the University at their biological station on San Juan Island. He completed his thesis based on the work he did over summer and graduated with his Master’s Degree in 1928.

In 1942, George Herbert Hitchings began work at the Wellcome Research Laboratories, based in New York. In 1944, he began to work with Gertrude Elion. As a team, they worked on drugs to treat leukemia, malaria, gout and organ transplants. Their research led to significant antiviral drugs to treat AIDS and herpes.

In the mid-1940s they were focused on a process for an effective chemotherapy cure for viral infections. By the late 1940s, they began an association with the Sloan Kettering Institute, which provided funding for them to research antitumor agents.

In 1967, George Herbert Hitchings was appointed Vic President in Charge of Research at Burroughs-Wellcome, and he became Scientist Emeritus in 1976.

From 1970 to 1985, he was also Adjunct Professor of Pharmacology and Experimental Medicine at Duke University.

George Herbert Hitchings and his team introduced chemotherapy to the world. This early work led the way for further development of chemotherapy that would be used in the treatment of cancer.

George Herbert Hitchings received numerous awards and honors, some of which include:

George Herbert Hitchings was appointed Director of the Burroughs-Wellcome Fund in 1968, and President of the same Fund in 1971. The Fund supports biomedical research.

George Herbert Hitchings established the Greater Triangle Community Foundation in 1983 and served as its director for the rest of his life.