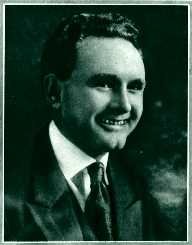 Frank Borzage was born on April 23, 1894, in Salt Lake City, Utah, USA. His parents were Maria (Ruegg) and Luigi Borzage. He had thirteen siblings, but only seven of them lived to see adulthood.

Frank Borzage began working when he was only 14 years old after he dropped out of school. His first career, working in a silver mine, had nothing to do with his later film and television career. It wasn’t until he started to work with a traveling drama group (as a prop man, not actor) that he began considering a job in the film.

When he was 18 years old, in 1912, he began acting. Many of his early acting roles were small. Aside from the generally small roles, he also mostly acted in shorts, which made it hard for him to get noticed. Some of the shorts he acted in were The Drummer of the 8th, When the Prince Arrived, and Silent Heroes. One amazing thing about the shorts he acted in was that he directed many of them himself (which is likely the reason he acted in them as well). He directed shorts as early as 1913 to 1916.

It wasn’t until 1914 when he got his first major role in a movie called The Wrath of the Gods. This role got him noticed, and it was easy for him to earn bigger roles from then on. Many of his early bigger roles were in western movies and dramas. Some of his early movies are listed below.

The Curse of Iku

After 1918, Frank Borzage stepped away from acting and focused on working behind the camera, namely, by directing, which is what he is most famous for today. He began directing full-length films in 1916, starting with Land o’ Lizards, but it wasn’t until 1920 that he broke out with his first really sensational movie, a drama, titled Humoresque.

In the early 1920’s, he became a well-wanted director. He was shuffled between many big-name movie companies before finally settling down with the Fox Film Corporation in 1925. Up until 1929, he only produced silent films. Then, in 1929, he produced his first talkie, They Had to See Paris. After which, he produced only talkies for the rest of his career.

In 1934, Frank Borzage left Fox Film Corporation and began working with Warner Bros. The first movie he made with his group was Flirtation Walk. Throughout the 1930’s and 1940’s, he went on with switching between film groups as he made movies. He worked with MGM for a short time before working with RKO Studios.

In 1959, he directed his last full-length feature film, The Big Fisherman. However, this would not be the end of the career. In 1962, he directed a small portion of the film Journey Beneath the Desert, which he was not officially credited for.

Some of the other films he directed are listed below.

A Farewell to Arms

The Age of Desire

Throughout much of his early life, Frank Borzage was well-known to be an alcoholic, which no doubt negatively affected his health. He was treated for his many times but did not overcome it until he married his last wife, Juanita. Near the end of his life, Frank Borzage was diagnosed with cancer, which would later be the cause of his death. Frank Borzage died on June 19, 1962. He was 68 years old when he passed away.