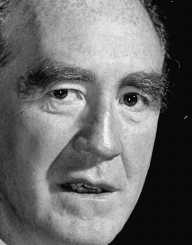 Francis Galton used these methods in his genealogical and biographical works and anthropometric studies. Francis Galton was the first in the field of eugenics and is the initiator of the term as well as the phrase nature versus nurture. His works also spanned through the field of meteorology, inventing the first weather map, created the first complete recordings of short-term climatic phenomena on a European scale and proposed a theory of anticyclones. His works saw him produced over 340 papers and books.

Francis Galton was born on February 16, 1822, in Birmingham,West Midlands, England to Samuel Tertius Galton. He was the half-cousin of Charles Darwin and the cousin of Douglas Strutt Galton. Francis Galton was a brilliant child that at age two Francis Galton had already started reading and learned Greek and Latin at age five. Francis Galton received his education at King Edward’s School, Birmingham but left at age 16. All his parents wanted was for him to become a doctor and therefore enrolled at the Birmingham General Hospital and King’s College London Medical School for two years.

From 1840 to 1844, Francis Galton studied mathematics at Trinity College, University of Cambridge. It was around this time that he became a Freemason by joining the United Grand Lodge of England. Francis Galton was able to progress through the three Masonic degrees being Apprentice, Craft and Master Mason. After the death of his father, Francis Galton abandoned his medical studies started foreign travels and technical invention.

Francis Galton interest in traveling made him embark on trips Eastern Europe, Asia, and Africa. Some of his trips at this time were to Egypt where he moved down to the Nile and then to Khartoum in Sudan. Francis Galton then went to Beirut through to Damascus and the Jordan. Francis Galton joined the Royal Geographical Society in 1850 and then set off on an expedition to South West Africa currently Namibia. This long and difficult expedition resulted in his book "Narrative of an Explorer in Tropical South Africa," which talks about his experience during the trip.

Aside from exploration and geography, Francis Galton made an immense contribution to the field of science including, psychology for synaesthesia, biology for the nature and mechanism of heredity, meteorology for anti-cyclone and criminology for fingerprints. In April 1875, Francis Galton prepared the first weather map published in The Times. From 1858 to 1899, Francis Galton presented several papers to the British Association for the Advancement of Science during its meetings. He became the general secretary of the Association from 1863 to 1867.

Francis Galton took inspiration from his half cousin’s book The Origin of Species in 1859 and therefore decided to delve much into exploring variation in human populations and its implications. To achieve this, he founded a research program that comprised several aspects of human variations being mental characteristics to height and facial images to fingerprint patterns. His first interest at this point was to find out whether the abilities of human are hereditary and to achieve this, took into consideration counting number of the relatives of various eminent men. To achieve this purpose he invented the methods of historiometry bearing in mind that is human abilities were hereditary, then, such families should have more eminent men that the general population.

He used his method to obtain a wide range of data from biographical sources, tabulated them and then compared. He discovered that the number of eminent dropped going from first degree to second degree and again from second to third degree. This became his evidence for inheritance of abilities

Francis Galton describes this work extensively in his book Hereditary Genius in 1869. Francis Galton further explored this topic using several other methods. In 1883, Francis Galton invented the term eugenics as the best form of civilization in accordance with the improvement of the race. Francis Galton opined that early marriages between high ranked families are encouraged, and monetary incentives are given towards that as well as a scheme of the mark for family merits be defined.

Francis Galton was married to Louisa Jane Butler in January 1853. The couple has no children.