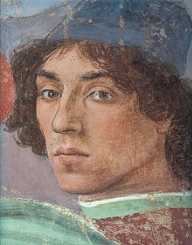 Filippino Lippi was born c. 15th April 1457, in Prato, Tuscany, in the Republic of Florence. His parents were Fra Filippo Lippi and Lucrezia Buti.

Lippi started to train as a painter under his father.

The family moved to Spoleto, and Lippi worked on the construction of the cathedral.

Lippi's father died in 1469, leaving unfinished frescoes in the cathedral. As a result, he completed the work of his father.

Lippi then completed his apprenticeship with Botticelli. Botticelli had been a student of Lippi Sr., and Lippi was his only assistant. Over the next few years, Lippi developed his own independent style.

Lippi worked with other artists on a villa owned by Lorenzo de Medici. In 1482, the Palazzo Vecchio in Florence commissioned him to finish work in the chapel. The painting was unfinished due to the death of the artist, Masaccio.

Lippi completed other work at the Palazzo, and he didn't finish until 1486. Uffizi Gallery currently displays the work.

In 1487, he began work in the Strozzi family chapel, and he didn't finish until 1503. He also traveled to Rome during this period to paint.

His last work was called the Deposition. It was in the Santissima Annunziata church in Florence and was unfinished at the time of his death.

Lippi had over 20 major works. These include Three Angels with Young Tobias (1485) and Madonna with Child and Saints (c. 1488).

He worked during the end of the Early Renaissance, and he transitioned into the start of the High Renaissance.