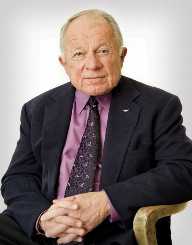 Francis Lee Bailey, Jr. was born 10th June 1933, in Waltham, Massachusetts, in the United States. He had a middle-class background with a father who worked as a salesman, and his mother was a teacher.

Bailey studied at Cardigan Mountain School. He then enrolled at Kimball Union Academy. After graduating in 1950, Bailey attended Harvard.

In 1952, Bailey dropped out of college to enlist. Bailey became a commissioned officer in the United States Marine Corps.

After completing his flight training in 1954, Bailey received his Naval Aviator Wings. Although he was initially a fighter pilot, he then became a legal officer.

Bailey received a discharge as a Second Lieutenant in 1956. He then returned to study at Boston University School of Law in 1957. Instead of having to complete undergraduate studies, he was able to use his time in the military as his experience.

In 1960, Bailey graduated with his degree in law.

Sam Sheppard appealed his high-profile murder conviction, and Bailey represented him as his legal counsel. Bailey was successful in securing a re-trial for Sheppard, and the re-trial brought a verdict of not guilty. Bailey had established himself as an excellent defense attorney.

Many high-profile cases followed. These included the Boston Strangler, George Edgerly, Patty Hearst, and O. J. Simpson, among many others.

In 1967 Bailey hosted a television show called Good Company. In 1983, he hosted another show called Lie Detector, but both were very short-lived.

In 1982, Bailey was arrested, and then he was later acquitted. The charge was for driving while drunk.

In 2001, the state of Florida disbarred Bailey. As a result, he was the disbarred in Massachusetts in 2003.

Bailey's disbarment was for moving assets that belonged to one of his clients into his own name. He did it on the pretext that if found guilty, his client would lose the money. Initially valued at $6 million, the stock increased in value to $20 million. Consequently, Bailey refused to give it back.

The government took the stock back, but they gave Bailey a $5 million-dollar tax bill. The debt was later reduced to $2 million.

Bailey moved to Maine with his partner, Debbie Elliott in 2009. In 2012, he passed the bar exam in Maine. Although initially denied a license to practice law, after an appeal the following year, Bailey received the go-ahead. In 2014, the authorities reversed the decision again.

Bailey and Elliott continue to run their consulting business in Maine.

Bailey has published six works. Five are non-fiction, one is fiction. The books include, The Defense Never Rests (1971), and How to Protect Yourself Against Cops in California and Other Strange Places (1982).

His fourth marriage was to Patricia Shiers in 1985, but she died in 1999. His current partner is Debbie Elliott. Bailey has three children.