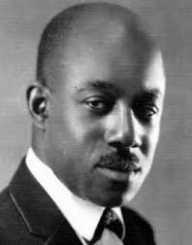 Eubie Blake was an American jazz pianist. He was one of the first Black American to write and direct Broadway Musical when he co-wrote Shuffle Along with Noble Sissle.

Eubie Blake was born on 7th February 1887 in Maryland. His parents were John Sumner Blake and Emily Johnstone; they were both slaves of African origin. All of Blake's eight siblings died in infancy. His mother was a strict believer in religion while his father stressed on his son getting a good education.

As a child, he began showing interest in pump organ and used to play in the church. He would sneak into the nearby brothel in Bawdy's house to try and learn new skills from Aggie Shelton.

Eubie Blake's musical career started at a young age of four. His mother bought him a pump organ. Margaret Marshall, a family friend, and neighbor offered to give Blake music lessons. At 15, Blake learnt how to lay piano and that is when he got his first breakthrough. Joe Gans, a world boxing champion hired him to play the piano in his hotel in Goldfield in Baltimore.

He made his name as an excellent performer and also a composer.

Eubie Blake and Noble Sissle, a lyricist, formed a musical partnership that went on to do great things in the musical scene.

The duo came up with "It's All Your Fault," a rhythm that became a hit in Vaudeville. They later joined the Society Orchestra, an established group that was headed by James Reese. The two then performed as Dixie Duo in the vaudeville circuit.

Eubie Blake and Elizabeth Cecelia Lee married in 1910. The two had known each other for more than ten years before marriage. In 1938, Blake's wife was diagnosed with tuberculosis in 1938. She died of the disease in that year.

He later met Willy Tyler, who was a widow; the two had a romantic relationship which led to marriage in 1945. His second wife, however, died in 1982.

Despite his age, Eubie Blake enrolled in New York University in 1945 to take on a music program. He later graduated at the age of 67.

He went on to perform in various shows including The Tonight Show. His time on stage came to an end when Blake was in his late 90s.

James "Eubie" Blake passed on in New York a few days after celebrating his 96th  birthday.