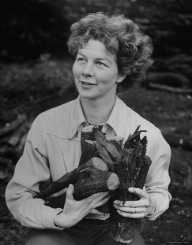 Dame Wendy Hiller was an actress with a career that spanned sixty years on stage, in film and television.

Wendy Margaret Hiller was born on 15th August 1912 in Bramhall, Cheshire, England. She was the only daughter of Frank Watkin Hiller and Marie Stone, as she had three brothers. The family was well off, as Frank was a Manchester, cotton manufacturer.

Wendy Hiller was sent to Winceby House school, a boarding school in Bexhill, to lose her Lancashire accent.

When she finished her course in 1930, WendyHiller enrolled into the Manchester Repertory Theater, where she did chores such as scene setting to making tea. Soon she was promoted to the assistant stage manager.

Wendy Hiller first taste in professional acting was a small part in The Ware Case, and later in Evensong by Sir John Barry.

Wendy Hiller was sacked from her job in Manchester Repertory Theatre around 1934, but later rehired and cast as Sally Hardcastle in Love on the Dole, written by Ronald Gow.

Wendy was chosen due to her Lancashire accent, as the heroine in the story by Walter Greenwood. The play was a success as they toured around Britain.

WendyHiller owed much of her fame for the 1935 London and 1936 New York stages; the audience loved her speech and portrayal of Sally Hardcastle. It was during her performances that she made an impression on George Bernard Shaw.

Aside from the film and stage acting, Wendy  Hiller also tried television dramas. Starting from the 1950s, Wendy appeared in Profiles in Courage, Play of the Month and a leader in children’s show Jackanory.

By the late 60s, Wendy Hiller had managed to settle into grande dame roles, a new era in her acting career. She appeared in Richard II as Duchess of York in 1978, and many more characters in television films.

Wendy Hiller still acted in theatre and television. Ending her career on stage with Driving Miss Daisy in 1988, on a West End stage. Her last acting title was Countess Alice in 1992.

In total, Wendy Hiller had appeared in twenty-one films titles, nineteen television titles and, more than twenty stage appearances. Her career spanned almost six decades since she started at the age of twenty- four.

Wendy Hiller received her first Oscar nomination for her role in Pygmalion in 1938, but she managed to win Oscar for Best Supporting Actress in 1958, for Separate Tables. Wendy also had a Tony Award nomination in 1957 for Misbegotten and two nominations for Best Actress in BAFTA.

She won the Evening Standard British Film Award as Best Actress for the film Murder on the Orient Express.

In 1971, Wendy Hiller was appointed Order of the British Empire by Queen Elizabeth II and raised to Dame Commander in 1975. She had an honorary doctorate from the University of Manchester in 1984, and a Dilys Powell Award given by London Film Critics Circle for her acting contribution in British film.

Wendy Hiller met writer Ronald Gow, a former schoolmaster who wrote Love on the Dole, the couple married in 1937. The couple had daughter Ann and son Anthony. Ronald Gow died in 1993, and Wendy Hiller passed away on 14 May 2003, in Beaconsfield, Buckinghamshire. She died of bronchopneumonia.