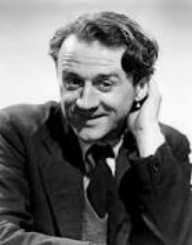 Cyril Cusack was an Irish actor and playwright.

Cyril James Cusack was born in the city of Durban, South Africa, on November 26, 1910. His father, James, was an Irish policeman in South Africa. His mother, Alice, was an English chorus girl and actress. His parents split up when he was at a young age and his mother took him back to Ireland. He studied at Newbridge College and at University College Dublin. He dropped out before graduation.

Cusack started acting in plays when he was seven years old. He joined the Abbey Theatre in Dublin after dropping out of university. He appeared in dozens of plays, especially focusing on those written by Sean O’Casey and Teresa Deevy. In 1947, he decided to start his own production company. He set up his plays on stage in Dublin, New York City, and Paris. He wrote his own original plays, as well as adaptations of famous works. He joined the Royal Shakespeare Company in London in 1963. At the age of 81, he made his final appearance on stage together with his daughters.

At the age of eight, Cusack had a small part in the film Knocknagow. He continued his film career in 1935. He had small roles in a very large number of British films. They included The Blue Lagoon, The Taming of the Shrew, Where the Spies Are, Les Miserables, and many others. He occasionally took on bigger roles. He played Fireman Captain Beatty in the dystopian drama Fahrenheit 451. He also played the main role in Poitin, the first Irish language film. He made his final appearance on film in As You Like It in 1992.

Cusack briefly appeared on TV in the United States. He had parts in Masterpiece Theatre and Jesus of Nazareth. Back in Britain, he starred in The Comedy of Errors and Tales of the Unexpected. In Ireland, he appeared in Glenroe and Strumpet City. He also had many small roles in a variety of TV movies.

Cusack won Jacob’s Award for his part in the Irish TV film Triptych. He received honorary degrees from the University of Dublin and the National University of Ireland.

In 1945, Cusack married the actress Maureen Kiely. They had three daughters, named Sinead, Sorcha, and Niamh, and two sons named Padraig and Paul. His wife passed away in 1977. Two years later, he married Mary Rose Cunningham, his long-term mistress. They had a daughter named Catherine. All of his children went on to take part in the entertainment business. His daughters became actresses, while his sons became producers.

Cusack suffered from motor neuron disease. He passed away on October 7, 1993, in his home in London. He was 82 years old.