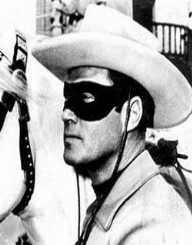 Clayton Moore, the American actor who found fame playing The Long Ranger was born Jack Clayton Moore in Chicago, Illinois. He was one of three sons born to Theresa Fisher and Charles Moore.

Clayton Moore became a circus acrobat as a young age, and in 1934, he appeared at the Century of Progress exposition in Chicago as part of a trapeze troupe. He later worked as a John Robert Powers model and in the 1930s, he relocated to Hollywood. In Hollywood, he worked as a stuntman and also modelled part-time. During this period, he changed his name to Clayton Moore and began appearing in B grade Westerns. During World War II (1939-1945) he was called up to the US Army Air Forces and joined the First Motion Picture Unit making training films

He was recast for the fourth and fifth seasons, appearing in 169 episodes. In the 1950s, he also appeared as the character in The Lone Ranger (1956), the film and The Lone Ranger and the Lost City of Gold (1958). Other shows he appeared in include The Adventures of Kit Carson (1952) and The Range Rider (1952 and 1953 for two episodes). He also acted in many other films.

Clayton Moore's work on The Lone Ranger series led to a range of related work including television commercials and guest appearances on television shows. He usually wore the Lone Ranger mask.

In 1979, when producers of a new film version of The Lone Ranger took out a court order prohibiting Clayton Moore from wearing the Lone Ranger trademark mask, he replaced the hood with a pair of wraparound sunglasses. There was a public backlash against the court order with fans who were unhappy with the decision. The new film was released in 1981 but flopped. Eventually, in 1984,  Moore won the right to wear the mask again.