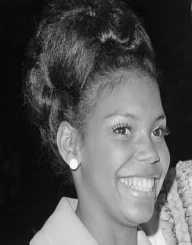 Cheryl Adrienne Browne Hollingsworth is an Africa-America lady. She was born in New York, United States of America. Also, she was able to break the record by being the first black lady to compete in a beauty pageant competition in the United States of America. Moreover, in her first attempt, she managed to win and become the early black Miss America. Also, Cheryl managed to compete for Miss Iowa and win. Cheryl’s win was a fact that shocked many across America including the blacks. Thereby, she broke the stereotypical way of thinking among the whites in America.

Moreover, Cheryl is also a former ballet dancer. At the time she went for the pageant competitions, America had just abolished the law that would limit the competitions only to white girls. After that, Cheryl became a role model for many black ladies across the globe. Moreover, she is also a hard working woman with a fruitful career in the financial business world. Apart from all that, Cheryl is also a mother and wife to her husband Karl with who she works.

Cheryl Adrienne Browne Hollingsworth was born in New York City to Carl and Mercedes. Both her parent had gainful employment, so her childhood life was not all that hard. Her father used to work in the Kennedy Airport Ports Authority as a policeman while the mother was managing a tuberculosis clinic at Triboro Hospital. Cheryl grew up in Jamaica Queens in New York with her three siblings. During her childhood, Cheryl took up dancing, and she was quite good at it. By the time she decided to join the beauty pageant, she had been dancing for almost 16 years.

After high school, Cheryl went to the Lutheran college in Decorah in Iowa. She mentioned ones in an interview that it was the advice of her preacher to attend the college. Also, she said that it was her first time to move so far away from home to the Midwest. During her college years, Cheryl got herself in a Miss Decorah Pageant in 1970. She won the completion in school overwhelmingly. Therefore, she chose to compete in another competition again. Cheryl got to graduate from Luther College in the year 1972 after competing in two other major beauty pageants.

So, she got into the Miss Iowa pageant show on the 13th of June 1970. Her performance at the show was immaculate. Moreover, she won on the swimsuit and the dancing categories. At the dancing stage, she performed one of her ballet routines to the song of Scheherazade. After the show, Cheryl was number one ahead of all the other 19 white ladies. Her win at the Miss Iowa show brought forth criticism and praise at the same time.

Some people were proud, especially in the black community while others were baffled and angry. Some even went as far as to ask why she won a completion in Iowa, yet she was not from there. The newspapers also could not keep still with the news. So they spread it like wildfire. This move by the news houses did not do her any favors at her next competition at Miss America in 1971. This was one year later after her win in Iowa.

After her huge win at the Miss Iowa pageant, Cheryl set her eyes for a higher goal of being Miss America. However, the stereotypical notion had followed her there. There were dozens of reporters who were ready to report of the black queen of Iowa. Also, there was security personnel who showed their presence quite vividly at the rehearsals of the show. The worst part of it was that the group called the Women Liberation Front decided to demonstrate at the event. Despite all odds that had piled against her she went through with the competition.

However, she did not win at that competition. Also, her statement was up for interpretations in the newsrooms across America and the globe. Cheryl was a strong woman to put herself out there like that, thus giving courage to many women across the world. As one of the pageant winners in America, she and her fellow winners got together and went to Vietnam to visit the American troops. They were the last Miss America group ever to set foot in Vietnam.