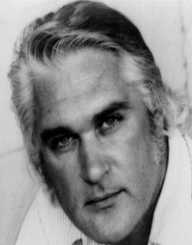 Charles Allan Rich was born 14th December 1932, in Colt, Arkansas, in the United States. Throughout his growing up years, Rich had a strong musical influence from his parents. They were members of the Landmark Missionary Baptist church. His father sang in gospel quartets, and his mother was a pianist. When he was in high school, Rich played saxophone in the school band.

Charlie Rich studied at Consolidated High School, and after graduating, he enrolled at Arkansas State College on a football scholarship. After an injury, while playing football, he transferred to the University of Arkansas where he studied as a music major. In 1953, after one semester at university, he joined the United States Air Force.

When Charlie Rich joined the Air Force, he was stationed in Enid, Oklahoma. He formed a jazz and blues band called the Velvetones, and one of the vocalists was Margaret Ann, who would later become his wife. Rich left the Air Force in 1956, and he moved back to West Memphis where he took up farming on a 500-acre property. He continued with his music, performing at local clubs and started writing his music as well.

Rich recorded some demo tracks for Sam Phillips at Sun Records, but Phillips didn’t think the music would sell enough to be commercially viable. In 1958, Rich joined Sun Records as a session musician and regularly played with artists like Johnny Cash, Billy Lee Riley, and Carl Mann. He also wrote songs for them.

Charlie Rich had a top 30 hit in 1960 with a song called Lonely Weekends which sold more than a million copies. Unfortunately for Rich, his next seven singles were all flops. In 1963, Sun Records were struggling, and Rich left. He joined another label called Groove, which operated under RCA Victor. He had a semi-successful single called Big Boss Man, but once again his singles released afterwards all failed to be successful.

Rich then joined Smash Records in 1965. Again, he had a top 30 hit called, Mohair Sam, but his follow-up singles all failed to chart. He moved record labels yet again, joining Hi Records, but was unable to have chart success with them.

Surprisingly, even though he hadn’t had success, Charlie Rich was signed by Epic Records in 1967. They re-launched him as a country singer, and in 1972, Rich had a song called I Take It on Home which charted at number six on the country charts. He released an album in 1973 called Behind Closed Doors, and the title track with the same name went to number one on the country charts, then crossed over to the pop charts where it also entered the top 20.

Rich, at last, had found success, and his follow-up single, The Most Beautiful Girl, was at the number one chart position for three weeks on the country charts, and two weeks on the pop charts. He was now established as a country artist, and in 1974 he had five songs that went to number one on the country charts. Due to his new-found popularity, RCA and Mercury both re-released his old music.

Charlie Rich had three number one hits in 1975. During this period, he began to drink heavily, and it started to cause problems for him off-stage. He caused controversy in 1975 when he presented an award for the CMA awards while he was drunk. His career began to slump, although he had a top ten hit in 1977, and several top ten hits in 1978.

1979 was a quiet year, although he did appear in one of Clint Eastwood’s hit movies and sang, I’ll Wake You Up When I Get Home, which went on to chart at number three. It was the last top ten single of Rich’s career. He had some moderate success in 1980, but in 1981, Rich stopped performing and went into semi-retirement, living off his investments.

Charlie Rich released a new album, Pictures and Paintings, in 1992, and it would be the last album he made. During his career, he had 12 studio albums, 11 compilation albums and 41 singles. His singles included ten number one hits.

Charlie Rich married Margaret Ann Greene in 1952. The couple was still together at the time of his death, having been married 43 years. They had four children together. Rich died in his sleep on 25th July 1995. Cause of death was a pulmonary embolism.