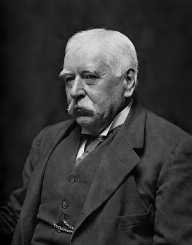 Charles Louis Alphonse Laveran was born on June 18, 1845, in Paris, France on the Boulevard Saint-Michel. His parents Louis Theodore Laveran and Marie Louise Anselme Guenard de la Tour Laveran also had a daughter. His parents both came from a military background. Laveran’s father was an army doctor and also worked as a professor of military medicine at the Ecole de Val-de-Grace. His grandfather from mother’s side was an army commander.

When Charles was still a young boy, his family went to Algeria, where his father was stationed. He got his education in Paris, attending the College Saint Barbe and later Lycee Louis-le-Grand. He followed his father’s footsteps and entered the Public Health School at Strasbourg in 1863, where he studied military medicine. In 1866 he became medical resident in Strasbourg civil hospital. The following year, after submitting his thesis on the regeneration of nerves, Laveran earned his medical degree from the University of Strasbourg.

After completing his academic studies, Charles Louis Alphonse Laveran became the Medical Assistant-Major of the French Army. He served during the Franco-Prussian War. At first, Laveran was stationed in Metz, which was later defeated and occupied by Germans. After this, he was sent to Lille hospital and then to St. Martin Hospital in Paris.

In 1874, after completing a very competitive process of examination, Laveran was appointed to the Chair of Military Diseases and Epidemics at the Ecole de Val-de-Grace. This was previously his father’s position. In 1978, he ended his tenure and was sent to Algeria, where he remained until 1883. The following year, Laveran became Professor of Military Hygiene at the Ecole de Val-de-Grace. He continued his career by becoming the Chief Medical Officer of the military hospital at Lille and the Director of Health services at Nantes.

After chairing these positions, Charles Louis Alphonse Laveran was promoted to the rank of Principal Medical Officer of the First Class. In 1896, Laveran became the Chief of the Honorary Service at the Pasteur Institute and pursued the research of tropical diseases.

During his career, Charles Louis Alphonse Laveran made several significant findings that changed the course of medicine. While working in Algeria, in 1880, Laveran was observing blood smears and discovered that a protozoan causes malaria. He was watching the blood from a patient who had just died from malaria. At first, he named the parasite Oscillariamalariae but later renamed it Plasmodium. This was a groundbreaking discovery since it was the first protozoan shown to be the cause of a disease. Also, his discovery further validated the germ theory of diseases.

After his first significant discovery, Laveran worked with trypanosomes. He was focused on the sleeping sickness and once again found that protozoans are responsible for this disease. Laveran continued to work with tropical disease research until the end of his career. During his life, he published more than 600 scientific communications. He also published several books, including on Trypanosomes and Trypanosomiases as well as about the traits of malaria epidemics in the army.

In 1889, Charles Louis Alphonse Laveran was awarded the Breant Prize of the French Academy of Sciences for his discovery of the malarial parasite. In 1907, he received the Nobel Prize in Physiology or Medicine. He gave half of his prize for the foundation of the Laboratory of Tropical Medicine at the Pasteur Institute. The following year, Laveran founded the Societe de pathlogieexotique, which he was the president of for the next 12 years. In 1920, Laveran was elected the President of the French Academy of Medicine.

In 1885, Charles Louis Alphonse Laveran married Sophie Marie Pidancet. Unfortunately, the couple had no children. Laveran was an atheist for all of his life. In 1922, he got ill and after a few months died in Paris. The cause of his illness was not known.