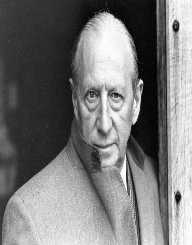 Chapman Pincher was a journalist known for his works revolving the topic about the military, weaponry, and espionage. He also authored a number of books both fiction and non-fiction that catered the same topics. In 1964, he became the recipient of the Journalist of the Year Award followed by the Reporter of the Decade which was awarded to him in 1966.

Pincher has fathered two children in his life; a daughter named Patricia and a son Michael from his first wife. He married a second time in 1965 to Constance Sylvia Wolstenholme. His third wife was a woman named Billie who had three children from a previous marriage.

Born in Ambala, India on March 29, 1914, as Henry Chapman Pincher, he was the only son of Helen and Richard Chapman Pincher. At the time, the Pinchers were situated in India due to the nature of his father’s work, serving in the British Army as a major while his mother was an actress.

Shortly after serving his duty Pontefract, the family moved back to England and moved a number of times before finally settling in Darlington.

Pincher started attending the Darlington Grammar School after winning a scholarship at the institution when he was 10. While attending Darlington, he developed an interest in the subjects of genetics. Afterward, he attended King’s College located in London where he pursued the subject of zoology and biology.

Upon graduating from college, Pincher took a teaching position at Liverpool Institute High School for boys tackling the subject of physics. While he was teaching physics he also wrote agricultural journals which became his pride and joy.

At the break of World War II, he left his post as a teacher and decided to enlist at the Royal Armoured Corps. He believed it was the appropriate thing to do at the time and was also influenced at his father’s military history. While in serving in the military, he served as the Staff Officer and developed an interest on the subject of weaponry which he took no time to study immediately. From staff officer, he was assigned as a tank gunner of which he took an interest on military intelligence and espionage.

During his service, a colleague of his from the Daily Express contacted him regarding a rumored explosive that was developed for the war. From his investigation, he discovered an explosive called RDX, as well as the V-1 flying bomb and the V-2 rocket.

The Lone Wolf Of Fleet Street

After completing his military service, he went and worked at the Daily Express as one of its more famous journalist thanks to his intuitive and investigative way of gathering information. He has established contacts among members of the British government and was driven in his pursuit to provide information for the public. From his unrelenting drive for information, he was dubbed as “The Lone Wolf of Fleet Street. His work on the exposure of physicists Klaus Fuchs and Alan Nunn May as Soviet spies awarded him awards and recognition.

Besides his contribution for the Daily Express, Pincher also wrote a number of books that became commercial successes. One of his best-known works is the 1981 publication of Their Trade is Treachery. The book tackled on the relationship and internal workings of the MI5 and MI6 during the Cold War. He also authored Treachery: Betrayals, Blunders, and Cover-Ups which was published in 2009. The book was based on his suspicions that General Roger Hollis, the former MI5’s director, was working as an undercover spy for the Soviet Union which led to its corruption.

Picher died in Kintbury, England surrounded by his loved ones on August 5, 2014. He was 100 years old at the time of his death and suffered a stroke seven weeks prior to his death.