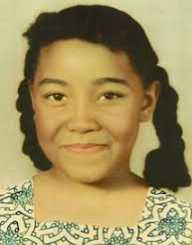 Carole Robertson was one of the victims of the 16th Street Baptist Church bombing which took place on September 15, 1963, in Birmingham, Alabama. An act of racial terrorism, the incident sparked off a considerable uproar worldwide that fuelled the ongoing Civil Rights Movement and paved the way for the Civil Rights Act of 1964 in the United States.

Carole, along with three other girls were killed, and a handful of people were injured in this ghastly act of terrorism carried out by members of the white supremacist gang Ku Klux Klan.

Carole Rosamund Robertson was born on April 24, 1949, to Alvin and Alpha Robertson. She was the youngest among three siblings and was brought up in the African-American Smithfield neighborhood of Birmingham.

An exemplary student, Carole was involved in a lot of extracurricular activities from a very young age, which included taking Saturday dance lessons, Girl Scouts, science club, and Jack and Jill of America. The latter was an African-American organization dedicated to child development, child growth, and promotion of children’s rights.

With her father being involved in music, Carole Robertson was inspired to take up clarinet lessons from an early age. She was in the marching band of Parker High School and was a part of the choir at Wilkerson Elementary School. She was a regular at the 16th Street Baptist Church which also served as a nucleus for civil rights activities.

Post-World War II, Birmingham earned a notorious reputation of being the most racially segregated city in the United States. There were numerous incidents of explosions and bombing that led to its unceremonious moniker Bombingham.

16th Street Baptist Church was a meeting point for the leaders of the ongoing Civil Rights Movement. It became a hub for the local African-American community. Thus, it was in the target of the white supremacy terrorists for some time.

Carole Robertson, like regular days, was present inside the church prepping for a Youth Day service along with her friends. At 10.22 a.m. the bomb exploded killing her along with three other girls - Addie Mae Collins, Cynthia Wesley, and Denise McNair. The latter was not even a teenager then. The bomb was planted by four members of United Klans of America, one of the most popular Ku Klux Klan organizations.

The explosion was so massive that it partially destroyed nearby cars and buildings. The dismembered bodies of the girls were produced at Hillman Emergency Clinic, where they were officially pronounced dead. Twenty-two, more people, were severely injured as the incident triggered a nationwide escalation in tension between the black and the white communities. More violence ensued in Birmingham until the then Governor of Alabama, George Wallace, stepped in and took control of the situation.

The 16th Street Baptist Church coupled with a few other events like the Great March on Washington and the tragic assassination of President John F. Kennedy precipitated the enactment of Civil Rights Act of 1964.

Carole Robertson's funeral was a private affair, unlike the other girls. Carole’s mother especially wanted that to avoid making it a public spectacle. The funeral took place on September 17, 1963, at St. John's African Methodist Episcopal Church. More than 1500 people attended it. She was buried at the Shadow Lawn Cemetery.

The case was reopened in 1971 after the FBI prematurely closed the investigations. It was not until 1977 that one of the perpetrators named Robert Chambliss was convicted and subsequently imprisoned.

Another suspect Herman Frank Cash died in 1994 without facing any charges. At the turn of the 21st century, two other suspects named Thomas Blanton Jr. and Bobby Frank Cherry were both found guilty and sentenced to life imprisonment. Carole’s mother Alpha testified against both the culprits at their respective trials.