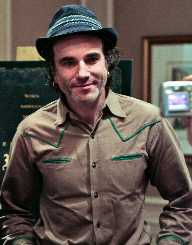 C. Day Lewis was born in April 27, 1904. He was a poet and novelist. He also retained the position of British Poet Laureate from 1968 to 1972. He wrote several poems, essays, and detective stories.

C. Day Lewis was born on April 27, 1904, in Ballintubber, Leinster, Republic of Ireland. He was born to Reverend Frank Cecil Day Lewis and Kathleen Squires. In 1906, his mother died, and so he was brought up by his aunt and father. He was brought up in London. He attended Sherborne School for his education. In 1923, he joined Wadham College in Oxford where he studied classics. He loved poetry, and so in 1925 he published his first collection of poems titled ‘Beechen Vigil.’ In 1927, he graduated from college.

During World War II, C. Day Lewis worked as a publications editor at the Ministry of Information. After World War II, he became the director and senior editor at the publisher ‘Chatto and Windus.’ He also served as a member of the Communist Party from 1935 to 1938. In 1946, he was made a lecturer at Cambridge University. He gave so many lectures that were published in ‘The Poetic Image.’ In 1951, he was appointed as a professor of poetry at Oxford, a post that he held up to 1956. In 1962, he was appointed the Norton professor at Harvard University. He stayed in Harvard up to 1963.

C. Day Lewis was also a professor of rhetoric at Gresham College in London. He was a member of societies such as The American Academy of Arts and Letters and The Irish Academy of Letters. He was also once the vice president of the Royal Society of Literature.  Lewis’s Poetry career began in 1943 when he published his works titled ‘Word Over All.’ In 1968, he was accredited as the Poet Laureate. In 1935, he published his first novel titled ‘A Question of Proof’ which was investigative. In 1947, published his work titled ‘Minute for Murder.’ His novels include ‘The Deadly Joker,’ ‘The Private Wound,’ ‘A Tangled Web’ and ‘Pen Knife in My Heart.’

In 1928, C. Day Lewis married Mary King. In 1951, he married an actress, Jill Balcon. He had four children from his two marriages including Daniel Day Lewis, Tamasin Day Lewis and Sean Day Lewis. He died on May 22, 1972 in Hertfordshire home of Elizabeth Jane Howard and Kingsley Amis. He died of pancreatic cancer.