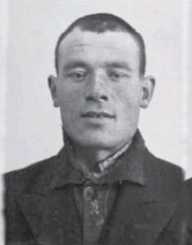 Bruno Ludke was a German deranged serial killer who confessed to killing a record 85 women.

Bruno Ludke was born on April 3, 1908, in Kopenick Germany. He was the son of Otto and Emma Ludke. He grew up in Kopenick with his other five siblings. His father died when he was in 1937.

Ludke was a below average student in his class. He had a poor mental capability since his childhood. He could not understand the simple things that children of his age could solve. Thus, he got his support from his parents and siblings. He became sadistic due to the constant stigmatization he got from the neighborhood.

He had a criminal record from his early life. He stole chicken and other petty cash crimes. When his father died of cancer, Ludke became a truck driver. He delivered goods using an old truck and a horse driven cart. Customers often complained about his cruelty to the horse. He also stole money from his clients. In the police records, Ludke was a low-risk offender.

He had a sadistic demeanor but had no brutal criminal record in his teenage years. His brutal crimes started when he turned twenty years. Ludke started raping and killing his victims. His murder style was either by strangulation or stabbing with a knife. He used the lack of proper police security to propagate his wave of criminal activities.

In January 1939, Ludke was arrested by the police on rape charges. The Nazi German laws protected Ludke from imminent prosecution. The doctors proved that he was insane. The police could not press criminal charges on him. On orders from the German secret police Chief Heinrich Himmler, Ludke was sexually sterilized and released. He then relocated to the outskirts of Berlin.

In Berlin, he continued with the killings. Ludke raped all his victims. He raped them either before he killed them or after. For all these years, the German police had not profiled the killer. The intelligence machinery was busy occupied by the advent of the WW2.

On January 29, 1943, Ludke killed another woman Frieda Rosner. The police discovered the body near his home. In a routine patrol to comb the scene of the crime, he attacked them. Ludke was arrested and taken in for questioning. By the time he was arrested, Ludke had suffered severe dementia. He confessed of killing and having sex with the corpses of over 85 women during a 15 year period. When he was asked about his motive, Ludke told the police that his main motive was rape. He only killed when the victims resisted him. Ludke was not prosecuted due to his insanity. He was taken to a mental hospital in Vienna.

He remained incarcerated at the hospital until 1944. Ludke died on April 8, 1944. Official reports indicate that he died of a lethal injection. Unconfirmed reports say that Ludke was used a human guinea pig for the German chemical warfare experiments. He died after one of the routine experiments went bad.

Years after his death, some investigators have raised concern about the Ludke case. A former senior Dutch police officer revisited his file after the fall of the Nazi. Officer Blaaw revealed the inconsistency in the way the killer operated. He raised his concern on how a mad person escaped the fluid German police for 15 years. He also wondered how Ludke left no investigative clues at the crime scene. All the evidence collected had no forensic traces for the police to follow.

Other intelligence experts joined the debate in subsequent years. Some have even suggested that the head of German investigative police Franz was the real perpetrator. To them, Ludke was framed to cover up the trail. Since Ludke was insane, he could not be tried in court. And anything he said could be taken in as evidence. The German police tried to revisit the file for new clues. They have been unsuccessful so far. The mystery behind the murders is still unresolved. So Ludke still remains the most prolific serial killer in Europe.

The crimes were conducted in the late 1920s and 1930s. Most of the witnesses are dead. The police investigation concluded that a mad person was guilty of the crimes. To date, questions still linger whether Ludke was the real killer, why he killed and raped the corpses, and how he managed to evade the police for over 15 years.