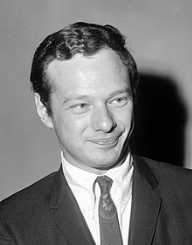 Brian Epstein was a British businessman from Liverpool who discovered and exposed The Beatles to the world.

Brian Samuel Epstein was born on September 19, 1934, in the city of Liverpool. He was the son of Harry and Malka Epstein. His brother Clive was born about two years later. He was a British of Jewish ancestry. His great grandfather came to Britain from Russia. The Epstein family was business-oriented.

Epstein was introduced to the family business at a tender age of 16. In 1952, he joined the mandatory National Service. He did not complete the two-year service. Epstein was discharged from military service after several months. His senior officers claimed he was psychologically unstable for the rigorous military service. In 1954, he became the manager of a family business in Hoylake.

After successfully managing the furniture business, he resigned to pursue his studies. He joined the Royal School of Dramatic Arts in London. He discontinued and returned to the family business. His father opened another branch of the business. This time Epstein became the manager of the musical department. He sold musical instruments from gramophones, pianos, drum sets, and guitars.

Epstein first met the Beatles in December 1961. He loved their music. He took the record album to his parents. After much deliberation, he convinced his parents to support the new band. On December 10, 1961, Epstein became in charge of managing the Beatles. On January 24, 1962, Epstein signed a five-year contract with the Beatles.

He changed the stage appearance of the band. Epstein insisted on having professional ethics in their performances. He provided the band with a code of dressing for every show. The transformation helped the band. In 1962, Epstein got the Beatles a recording contract with Parlophone. He got the contract deal with Parlophone barely six months after taking over as the manager. Epstein had propelled the band to the limelight. When the band became successful, Epstein employed a media publicist. In April 1964 he hired Derek Taylor. Taylor managed the public relations aspect of the band. Epstein was left to handle the financial and contractual aspect of the band.

Epstein was a strict ethical manager. He believed in strong adherence to procedure. He put all his efforts to the success of the band. Some band members did like the way he handled things. Despite that, Epstein proved a shrewd and skillful manager. He changed the drummer midway when the band was started to be famous. Pete Best was replaced by the little known Ringo Starr. He later became Ringo Starr’s best man at his wedding.

He lasted as the band manager for almost six years. Within those years, Epstein helped the Beatles to become Britain’s most known rock band. He toured America and the globe with the band. The Beatles enjoyed more success than any other band of their era. When success came, the band members started wrangling over individual fame and finances.

As the Beatles grew, Epstein’s personal life crumbled. He had invested his life in the success of the Beatles. He was fighting a battle a losing battle with drugs. He had little time to rest. To fight off fatigue, he started taking sleeping pills. He also struggled with the homosexual stigma that followed him after his discharge from the military. On August 27, 1967, Epstein died from a drug overdose in London England.

Epstein proved his leadership in his death. After his death, the Beatles disintegrated into individual artists. The members brought all their wrangles to the public. The band broke up after the musicians started fighting for fame and distribution of financial proceeds. Epstein, the good manager was not there to diffuse the tensions. John Lennon, the leading band member, intimated that the Beatles died with Epstein’s death.

Apart from the Beatles, Epstein handled other groups and musicians. He managed Gerry and the Pacemakers, Billy J. Kramer and The Dakotas. Others included Cilla Black and legendary Jimmi Hendrix. He successfully organized tours for the other musicians, just as he did with the Beatles. Epstein was a versatile manager. He continued overseeing other family businesses.