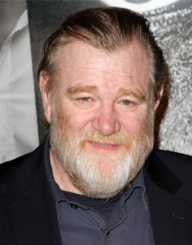 Brendan Gleeson attended St Joseph's CBS located in Fairview, Dublin. While there, he was an active member of its drama club. He also trained to be an actor.

After his acting training, Brendan Gleeson worked both as an actor and a teacher. He taught at the current Catholic Belcamp College situated North County Dublin. Later in 1991, he quit his teaching career to focus on acting business.

In 1995, Brendan Gleeson was cast in Braveheart, a movie which won an Academy Award. He has since then acted over 30 films. In 1985, he featured in Wasters and Brownbread in 1987. Later in 1988, he featured in the movie Home.

Brendan Gleeson has acted lead roles in many films throughout his acting career. In 2009 he was the lead actor for the movie In Bruges. Later in 2011, he also acted the lead role in The Guard. Subsequently, in 2014 he was cast as a lead character in Calvary followed by Live by Night in 2016.

Brendan Gleeson lent his voice to the animated film The Secret of Kells as Abbot Cellach. The film was released in February 2009 with Cartoon Saloon, Nora Twomey and Tomm Moore as its directors.

Brendan Gleeson besides acting also plays the mandolin and fiddle quite well. He has a major passion for Irish folklore. In his act in The Grand Seduction, Michael Collins, and Cold Mountain, he played the fiddle. He featured in the 2009 live album of Altan.

In 1992, Brendan Gleeson won a Jacob’s Award. This was for his role in The Treaty as Michael Collins. During his career, he has also been awarded two IFTA Awards. In 2006, his role in Six Shooter earned him an Academy Award for Best Live Action Short Film.

Later in 2009, he was presented with Emmy Award for his role in Into the Storm as Winston Churchill. The talented actor has also been won two BIFA Awards and a nominee of BAFTA Award two times. Also, he has been nominated thrice for a Golden Globe Award.

In 1982, Brendan Gleeson wedded Mary Gleeson. The couple was blessed with four sons including the actors (Domhnall and Brian), Rory and Fergus. In the Harry Potter film series, he acted alongside his son Domhnall.